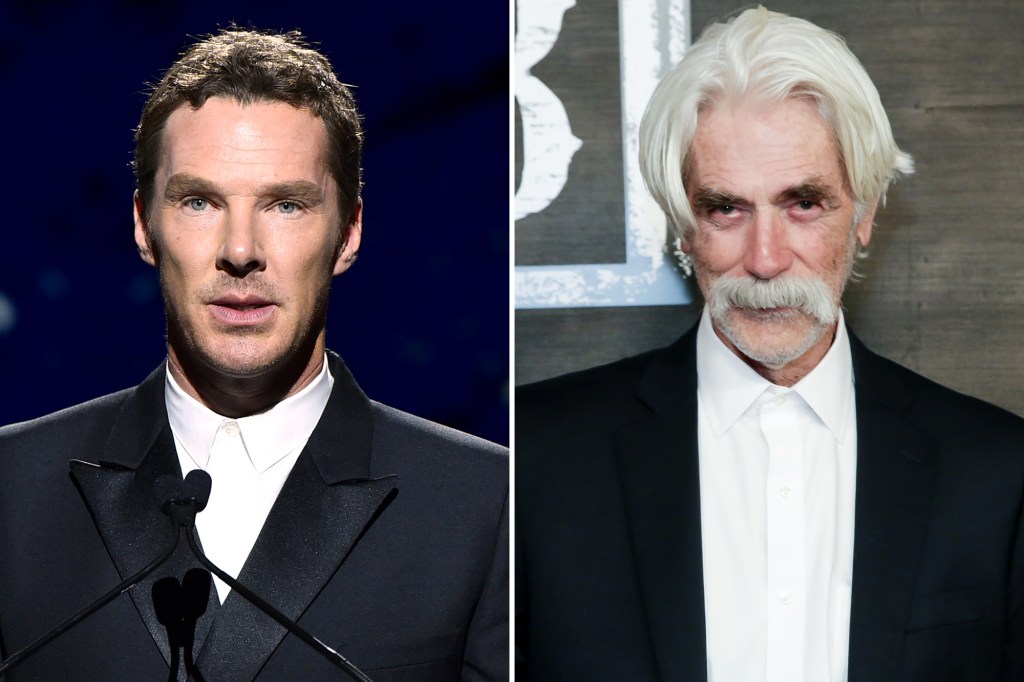 This dude did not abide Sam Elliott’s comments.

“Someone really took offense to the West being portrayed in this way,” said Cumberbatch, 45, who’s a contender for the 2022 best actor Academy Award for his work on Jane Campion-directed western.

The “Dr. Strange” actor — who made his rebuttal during a BAFTA Film Sessions event — was referring to Elliott’s controversial appearance on Marc Maron’s “WTF Podcast” last week, in which he’d called “Dog” a “piece of sh–t” and compared the characters to Chippendales dancers “who wear bowties and not much else.”

“That’s what all these f – – king cowboys in that movie looked like,” Elliott ranted. “They’re all running around in chaps and no shirts. There’s all these allusions to homosexuality throughout the f – – king movie.”

The “Big Lebowski” narrator added that despite being a “brilliant director,” the New Zealand-born Campion was unfit to direct a flick set in Montana in the early 20th century.

“I love her previous work, but what the f – – k does this woman from down there, New Zealand, know about the American West?” Elliott fumed, further criticizing her decision to shoot the Western in her home country.

Needless to say, the “Tombstone” actor’s online gunslinging did not sit well with Cumberbatch.

“I’m trying very hard not to say anything about a very odd reaction that happened the other day on a radio podcast over here,” said the Emmy winner, before adding that it was “unfair” to comment in detail as he’d only heard the criticisms second through newspapers.

Cumberbatch, who plays the sadistic, sexually-conflicted rancher Phil Burbank in “Dog,” said his character was important as “these people still exist in our world.”

“If we are to understand what poisons the well in men, what creates toxic masculinity, we need to look (under) the hood of characters like Phil Burbank to see what their struggle is and why that’s there in the first place,” he explained. “Otherwise it will continue to repeat itself.”

The London Native added, “Whether it’s on our doorstep or whether it’s down the road or whether it’s someone we meet in a bar or pub or on the sports field, there is aggression and anger and frustration and an inability to control or know who you are in that moment that causes damage to that person and, as we know, damage to those around them.”