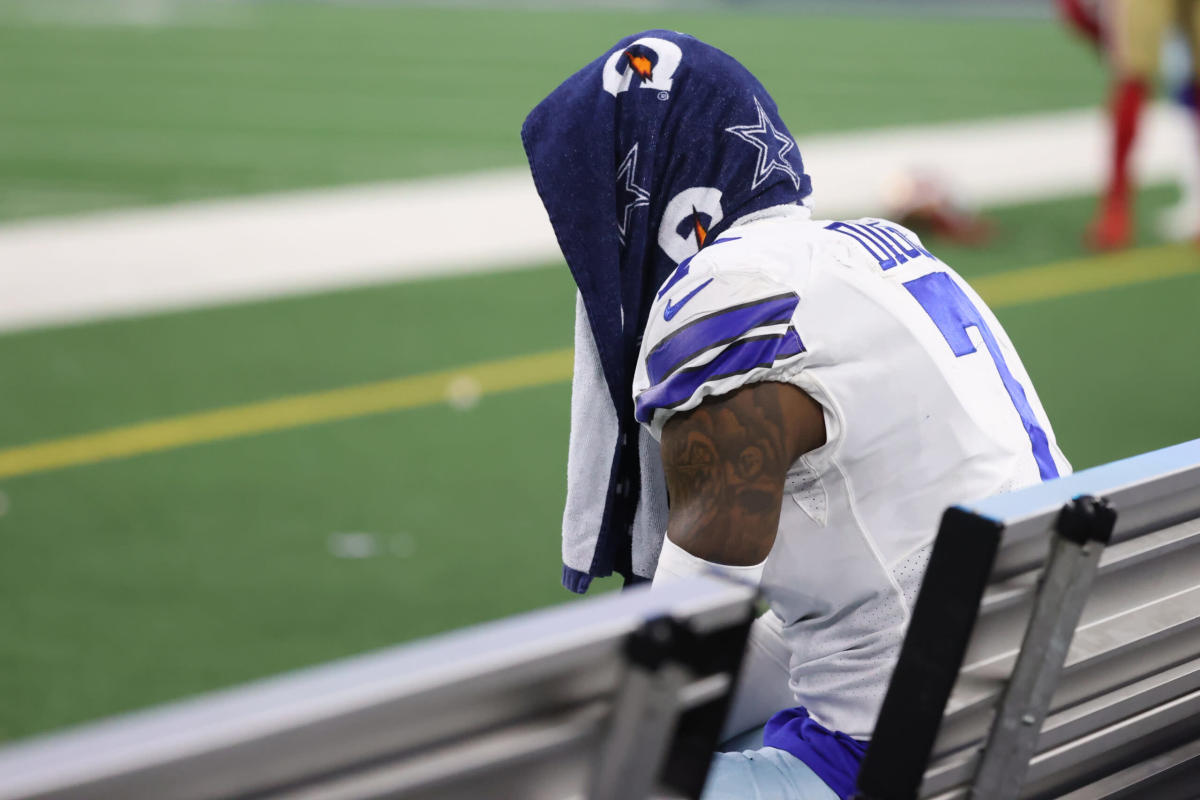 The Cowboys are big movers in NFL.com’s first set of power rankings following the start of free agency.

But they’re moving in the wrong direction.

Just after Super Bowl LVI went final, Dallas was listed as the seventh-best team in the league. After trading away Amari Cooper, releasing La’el Collins, and letting Randy Gregory do a U-turn right out of town, the Cowboys now find themselves outside the top 10, dropping five spots to No. 12.

As Dan Hanzus points out, “[n]ew deals for DeMarcus Lawrence and Michael Gallup stopped this from becoming a full-on exodus, but Jerrah and Co. have work to do in the draft.”

The Cowboys were the last team to add to their roster via free agency, signing defensive end Dante Fowler and wide receiver James Washington. But those hires are viewed as relatively minor hole-filling moves.

But then again, so was the signing last March of free agent safety Jayron Kearse, who went on to lead the Cowboys in tackles and take over defensive playcalling duties. He just re-upped on a $10 million deal, showing that sometimes those one-year “rental” deals end up paying off as long-term improvements.

It’s a time of wild swings, when one off-the-field move by the front office can really shake things up. Tom Brady’s un-retirement, for example, catapulted Tampa Bay up 14 spots in these power rankings, putting them back in the top 10. Same for Denver after landing Russell Wilson.

On the upside, only four NFC teams outrank Dallas despite their positional slide. And the closest divisional rival sits at 18th. The Cowboys could still certainly bump up their stock with another A-list free agent signing or two.

Ultimately, mid-March power rankings don’t mean much. For Cowboys fans, though, this set is a stark reminder of their team’s often-frustrating approach to team-building season.

And so far, the subtractions outweigh the additions.

Cowboys 2022 free-agency tracker: Who stays, who goes, who comes in