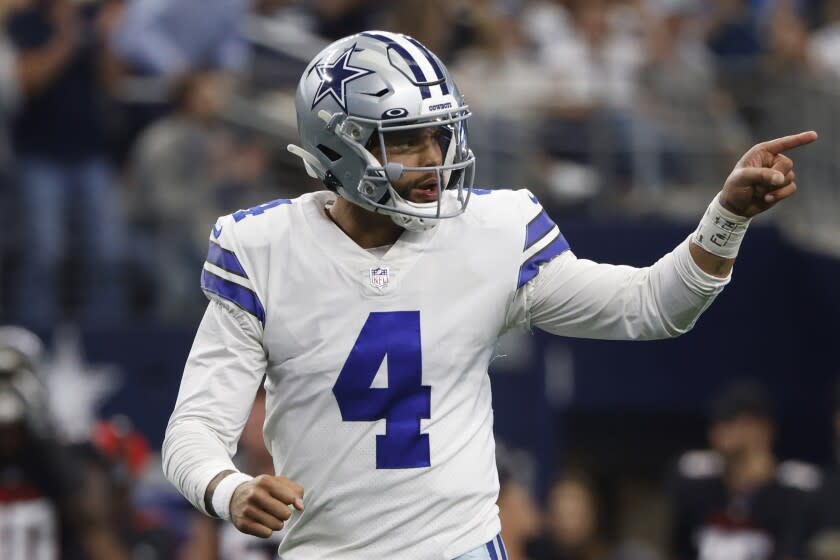 Veteran coach with rookie quarterback versus rookie coach with veteran quarterback? In this case, go with coach Bill Belichick over Arthur Smith, especially on a short week. Old guys rule.

The Bills are suddenly hearing New England’s footsteps. Josh Allen faces a secondary missing three of its four starters, and the Colts can’t seem to win a game against a playoff-caliber team.

The Ravens are the better team, but have had their share of bad games this season. They are 3-6 against the spread, so even though they probably will beat the Bears, there’s a good chance it won’t be by much.

The Dolphins’ defense is starting to resemble 2020 version, which finished sixth. Jets are starting Joe Flacco, who might be better against blitzes than rookie Zach Wilson, but does he have anything left?

The Titans don’t have Derrick Henry, but that hasn’t seemed to matter much. Tennessee still has weapons and appears to be playoff bound, and is facing a Houston franchise in deep disarray.

Who knows how long it will last, but there is love in the air again between Carolina and Cam Newton. Christian McCaffrey is back to speed against a disappointing and banged-up Washington defense.

Lions are basking in afterglow of their tie with Pittsburgh — hey, it’s been that kind of season — and they have played some good teams close before losing. Cleveland tends not to blow out opponents.

The 49ers have been up and down, with a humiliating loss to the short-handed Cardinals followed by a decisive win over the Rams. Jacksonville isn’t playing in London, so no home-field advantage here.

Controversial as he is, Aaron Rodgers is on mend and figures to play better this week. Green Bay’s defense did a good job in consecutive weeks against Kyler Murray, Patrick Mahomes and Russell Wilson.

Saints haven’t lost three in a row since 2016, and they have the best run defense in the NFL. That said, the Eagles ran all over them last season. Dropped passes, dumb penalties have killed New Orleans.

The Bengals are terrible after a week off, losing their last five after the break. But this is a different team with a different quarterback, and the Raiders are in disarray. Give the edge to Joe Burrow.

Is the resurgence of the Chiefs real or a mirage? The Cowboys can score like crazy, and they just throttled Atlanta, 43-3. Dak Prescott has a big game against a Kansas City defense he can pick apart.

After being shut out last Sunday for the first time in Russell Wilson’s 150 games, the Seahawks are likely to bounce back strong at home. Arizona is trying to hold it together until Kyler Murray returns.

Mike Tomlin has a good record against young quarterbacks, and the Chargers have struggled to stop the run. But with no Minkah Fitzpatrick and Ben Roethlisberger’s status in question …

Tom Brady is going to bring the Buccaneers back with a vengeance after a humbling defeat. There’s no way he’s going to drop two in a row — and certainly not to the Giants.