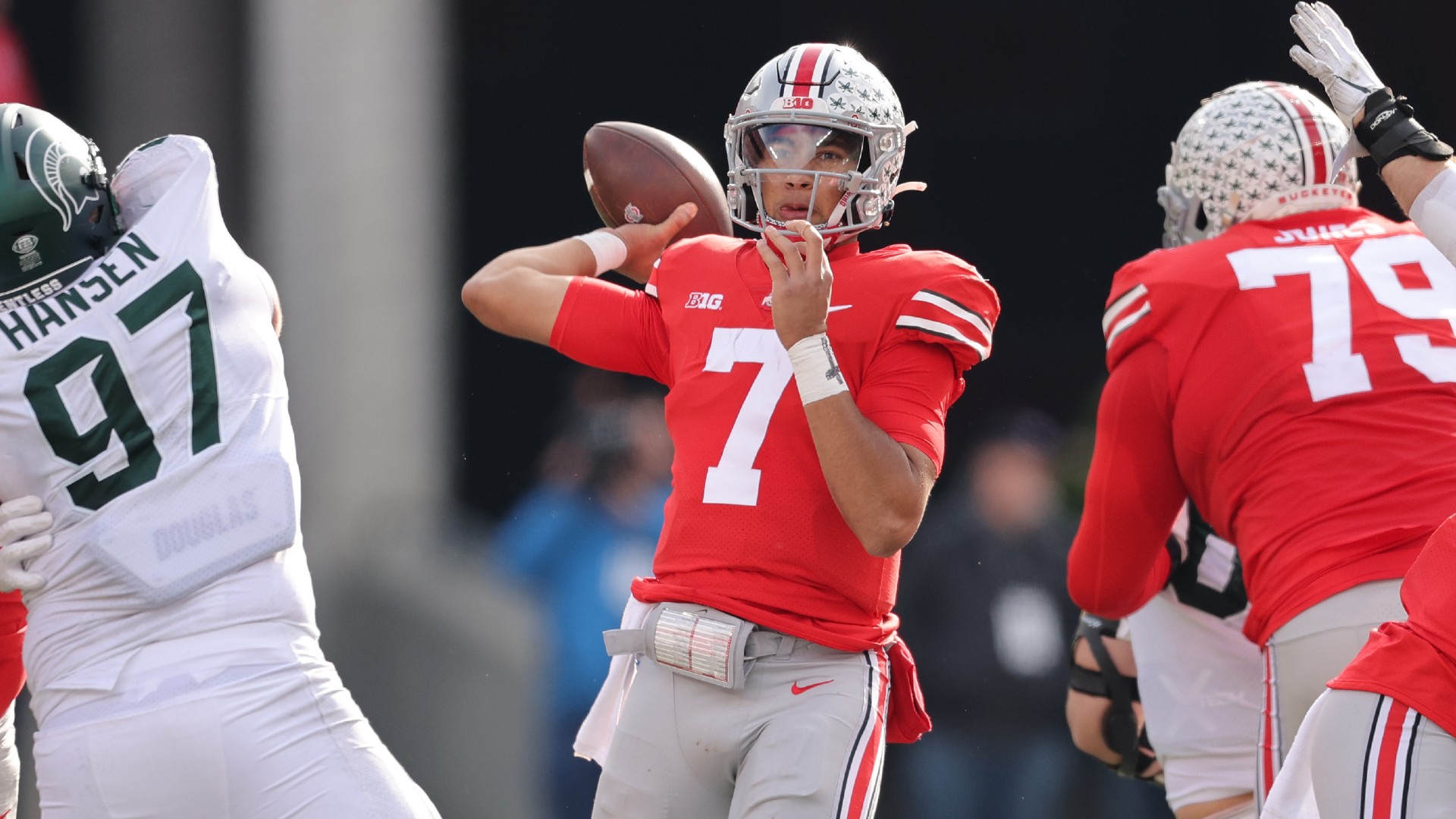 College football features no shortage of nationally impactful games on the last day of Rivalry Week.

No game is more important on that national stage than “The Game” between No. 2 Ohio State and No. 5 Michigan, the winner of which will represent the Big Ten East division in the Big Ten championship game. The Buckeyes are fresh off a 56-7 drubbing of then-No. 7 Michigan State, but the Wolveries are better equipped defensively to slow down quarterback C.J. Stroud, running back TreVeyon Henderson and the receiving trio of Garrett Wilson, Chris Olave and Jaxson Smith-Njigba. Can the Michigan offense keep up, though?

Elsewhere, the top-10 meeting between No. 7 Oklahoma State and No. 10 Oklahoma — the first meeting of one-loss opponents in Bedlam history — will help determine the Big 12 championship game. The Cowboys have already punched their ticket, but a win on Saturday would also knock the Sooners out of championship contention for the first time since Baylor and TCU split the title in 2014. The eighth-ranked Bears are still in contention, as well.

Sporting News breaks down how to watch those games and more in Week 13. Here’s everything you need to know.

Twenty-three games will be nationally broadcast on Saturday of Week 13, starting with the noon slate all the way through 10:30 p.m. ET. The games will appear on CBS, CBS Sports Network, Fox, Fox Sports 1, ESPN, ESPN2, ESPNU and ABC. Live streaming options include the ESPN app, Fox.com, ESPN+, Paramount+ and fuboTV, which offers a 7-day free trial.