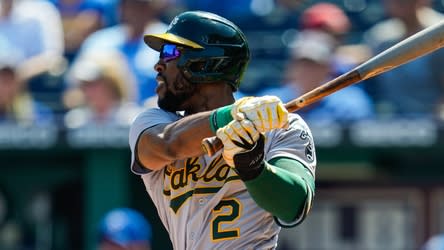 Here is the latest…

The Yanks have interest in CF Starling Marte, per MLB Network’s Jon Heyman.

Cashman said recently that he is considering options in center field with no guarantees that Aaron Hicks will be set to go in 2022. Marte is the top center fielder on the market, and multiple teams — Houston Astros, Miami Marlins, Mets, and Philadelphia Phillies among them — will be vying for his services.

Many around the league are worried a work stoppage is coming, which is why some free agents might be willing to sign quicker than expected. Add top free agent shortstops Marcus Semien and Corey Seager to that list, says ESPN’s Jeff Passan.

Both of these players will be considered big splashes and it could come before Dec. 1 when the CBA expires.

SNY’s Andy Martino noted earlier that a lockout is likely, as there is a lot of “pessimism” in current labor negotiations. Martino added that when the lockout is over, the Yankees “are going to be big spenders and aggressive buyers on this free agent market this winter.”

We’ll see if that remains the case with these two players specifically.

Cashman said that Carlos Correa‘s past with the Houston Astros won’t be an impediment to him signing in New York.

Cashman has spoken with “most, but not all” of the representatives for the top free agent shortstops, including Correa.

Correa was one of the Astros who was singled out during the league’s investigation into their cheating scandal that happened in 2017.