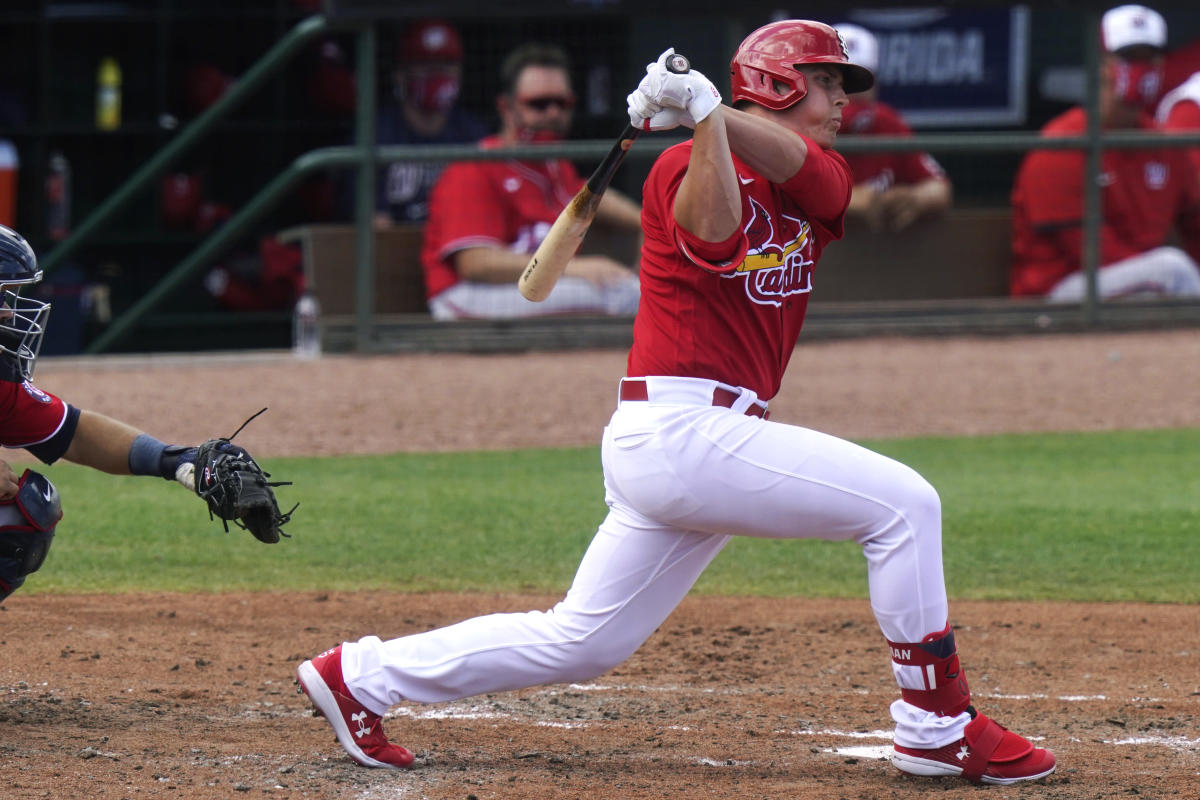 Nolan Gorman will begin at second base in Friday’s collection opener at Pittsburgh and Matthew Liberatore will likely be on the mound for Saturday’s recreation towards the Pirates.

Both are 22, and they’re going to grow to be the Cardinals’ sixth and seventh rookies this season. St. Louis is 20-18.

Gorman, chosen with the nineteenth total choose within the 2018 novice draft, is hitting .308 with 15 homers and 23 RBIs at Triple-A Memphis. He has struck out 50 occasions in 133 at-bats.

“He’s going to get here and he’s going to show what he’s able to do,” supervisor Oliver Marmol stated after Thursday’s 7-6, 10-inning loss on the New Yor Mets. “He’s been working hard at minimizing strikeouts, so it’s something he’s aware of, we’re aware of, and he’s going at it pretty good. But he’s still making a lot of contact and driving the baseball. We have a need, so he’s coming to fill it.”

Liberatore, the seventeenth total choose within the 2018 novice draft, was acquired from Tampa in January 2020. He is 3-3 with a 3.83 ERA in seven begins at Memphis with 46 strikeouts and 12 walks in 40 innings. Libertore is third in Triple-A in strikeouts and innings, and he had a 16 2/3 inning-scoreless streak in April.

“Giving him the chance to come up here and show what he’s capable of doing on Saturday is also something we’re really looing forward to,” Marmol said.

Both prospects were at last year’s Futures Game. Liberatore started and retired Bobby Witt Jr. on a flyout and Jarred Kelenic on a groundout before striking out Julio Rodríguez in a perfect inning. Gorman played third and went 1 for 2 with an RBI double off Boston prospect Brayan Bello.

Tommy Edman will move to shortstop from second, where he has made 36 of 39 starts this season.

Catcher Andrew Knziner left in the middle of the fifth inning after taking a pair of foul tips off his mask earlier in the game.

Infielder Edmundo Sosa didn’t play after straining his left ankle while sliding into second when he was caught stealing in the fifth inning Wednesday.