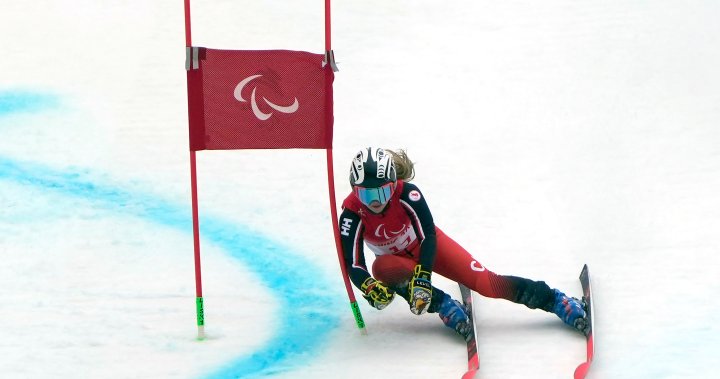 Canada won five medals at the Beijing Paralympics on Friday and is guaranteed another as its hockey team advanced to the gold-medal game.

Canadians have now won seven golds, four silvers, and 10 bronze, good for third in the overall medal count. China is first and Ukraine is second.

“I don’t know if it’s fully set in that I have two medals yet,” said Jepsen, who has a total of six medals over her Paralympic career. “I had high expectations and goals going into this event.

“I’ve been mostly focused on giant slalom, super G and downhill the last few years so I’m glad I was able to showcase that versatility.”

“The medals mean that I’ve been consistent and that is definitely the key to biathlon,” said Arendz, who lost his left arm in an accident on the family farm when he was seven.

“I’ve been able to balance my strength in skiing and shooting, and I think that really shows by having a medal of each colour in all three events.”

5:33
Get inspired by the stories behind Canada’s Paralympians

Get inspired by the stories behind Canada’s Paralympians

It was the third biathlon medal of the Games for the 32-year-old Arendz. He won the gold in the middle-distance event, and the bronze in the sprint race.

The 33-year-old Turner won gold in the men’s snowboard cross event earlier at the Beijing Games.

4:27
Para-Ice Hockey player talks about his quest for gold

Canada has won a medal at all five Paralympics to feature wheelchair curling, with back-to-back bronze following three straight gold.

“Everyone showed up to play today,” said Canadian skip Mark Ideson. “Jon made a couple of beauties to finish it off. We’re so happy to win the bronze.”

Canada is guaranteed at least one more medal after Tyler McGregor scored four times and added two assists in an 11-0 rout of South Korea in the hockey semifinal.

Canada will play the United States for gold on Saturday after the Americans beat China 11-0 in the other semifinal on Friday.