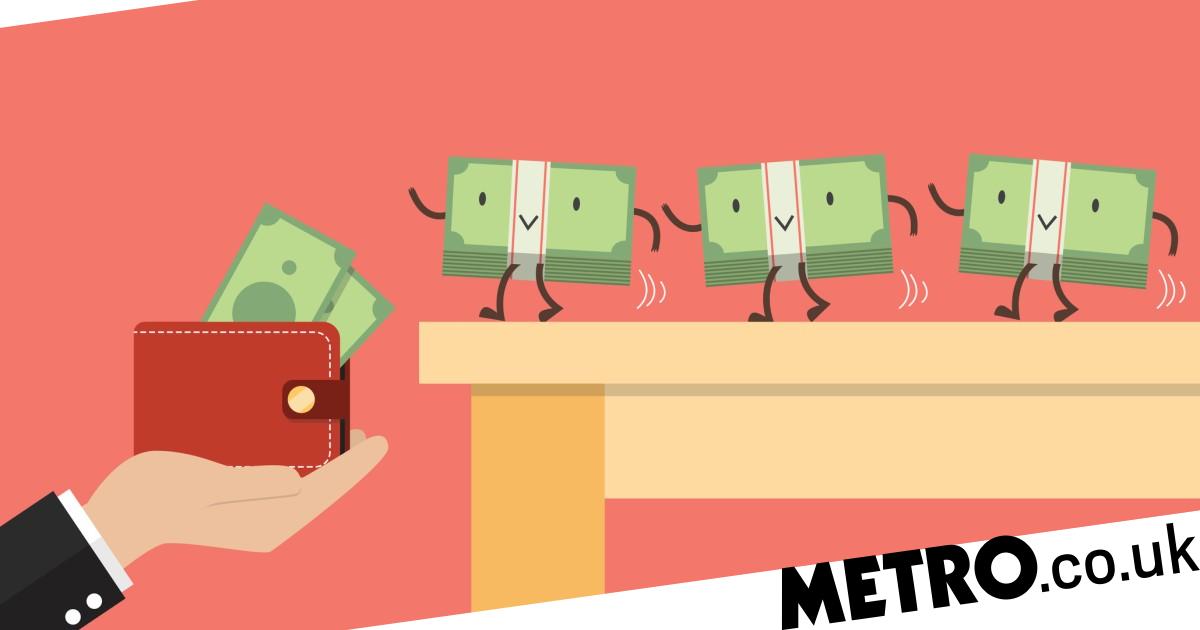 ‘I’m so skint,’ I said to my friend Leila just a few weeks ago.

We were at a house party and I’d just transferred money from my savings account to my main bank account for the first time this year – something I was hoping to do less of in 2022.

‘You can’t think like that,’ she told me. ‘You need to have an abundance mindset – instead of trying to spend less, just believe that you’ll make it back somehow.’

I might have been a bit tipsy, but I found this kind of encouragement helpful, so I wrote it in my notes.

I didn’t really believe her though – money doesn’t fall from the sky just because you say it does.

The next week, I’d decided I couldn’t go out because, again, I was skint.

That’s when I had a payment come through that was much bigger than I’d predicted.

This had to be a coincidence, but I took the money and I went out – and I enjoyed it.

So what gives, can you really make money flow to you with a simple change in mindset? I asked the experts.

What does it mean to have an abundance mindset?

According to Helen Adams, an intuitive money mindset coach, having an abundance mindset means that ‘your basic core belief is that we’re living in an abundance world and there’s enough money for everyone.’

Having an abundance mindset, she explains, means you are ‘opening your mind up to money’ rather than ‘closing it off to the limiting beliefs’ you have around finances, often that you’ve been conditioned to believe from childhood, like that money doesn’t grow on trees or you’ll never be rich.

She explains that the way this works is through ‘vibrations.’

‘Our bodies are all energy, and we all vibrate on different frequencies, and those frequencies change throughout the day,’ she says.

Often, the frequency you’re on will dictate the frequencies you attract. So, if you assume you’re going to have a bad day, she says, you probably are.

‘Money is on a high frequency,’ Helen continues. ‘And when you raise your vibration – for example, when you feel good and you feel in a higher state of mind – then you’re more open to attracting money.’

Essentially the premise rests on the theory that, when it comes to money, if you truly believe you are going to make money, then you will.

As Leila explains: ‘I try not to restrict myself financially because I believe that I will always be able to make more money or have money flow into my life in whatever way that may be.

‘So, for example, instead of restricting myself from a £3 coffee every day and working out how much that would save a month, I flip that and think of how I can make an extra £3 every day so that I can enjoy one of my favourite parts of my morning without feeling guilty.

‘Instead of budgeting, restricting, and being in a mindset of lacking, I try to transition to an abundance mindset and view money as an energy that will always be attracted into my life through multiple streams.’

So, should I stop budgeting?

It obviously seems really counterintuitive to throw budgeting out of the window, but, according to Helen, focusing too much on cutting back can lead to a ‘scarcity mindset’.

‘If someone is budgeting to the extreme, they are basically telling the universe that there’s not enough money,’ she says.

‘Instead, they should relax, spend the money, and have the confidence and the belief that more will flow in.’

However, she is quick to add that this isn’t the case for everyone.

Helen adds: ‘For some people, budgeting could be part of an abundance mindset, because they feel in control of their finances.

‘Basically, it depends.  Each person should check in with themselves and check in with how they’re feeling around deciding whether or not to budget, and that will give them that answer.’

Balance is key, so avoid getting into debt or spending more than you earn, but cut yourself some slack in terms of saving. The advice isn’t to spend in a way that leaves you worse off (as borrowing, for example, can) but to take the focus off hoarding wealth at the expense of your happiness.

Can I just think my way into becoming rich then?

Unfortunately, there’s more to it than that.

After all, you can’t just expect money to appear out of nowhere.

‘What happens when you get on the higher vibration is that you start to get more ideas, more lightbulb moments, and more opportunities,’ explains Helen. ‘But you need to act on them.’

Positive thoughts are only the first step, and when you start noticing the opportunities that come your way, you need to be prepared to take them.

‘The groundwork has to be done alongside it,’ Leila adds.

Does it really work for everyone?

Leila does address that the ability to adopt this approach can be a fairly privileged position.

She says: ‘I think this principle can work for anyone that wants it to, but only those that have a certain type of mindset, lifestyle, and are open to learning about manifestation principles.

‘It would be very privileged to say that everyone can benefit from it, as some people are in circumstances where they would believe making a lot of money was impossible.

‘But the way I see it is that if you prioritise creating multiple streams of income, or having your own businesses, you will always be focusing on money flowing in.’

As both Leila and Helen have mentioned, it’s not always as simple as changing your mindset.

One main factor is the fact that not everybody is in the position to take the risks that might be required to set an abundance mindset in motion.

‘Abundance and scarcity are two sides of a scale, and we should all be careful of how we see abundance,’ says psychologist and wellbeing consultant Lee Chambers.

‘Abundance is not equal, and it’s not intersectional.

‘If you are already rich and have a lot of privilege, then it’s quite easy to have an abundance mindset and take risks, and still present a lifestyle to others that makes it look like it’s effective.’

He continues: ‘Often, money is a challenge in our lives, it can be due to unprocessed trauma we’ve faced, low self-esteem, or fear of repeating money mistakes.

‘It’s rarely as simple as “changing your mindset” and becoming richer.’

Lee argues that there are myriad psychological factors that impact our relationship with money alongside the practical elements (like having a low income), and that it’s important to look at these before assuming you’re simply in the wrong headspace.

He says: ‘Changing your mindset without addressing the root causes and bigger picture can leave you poorer and in a worse financial position than when you started, so be mindful when you see big promises and people telling you it’s just your mindset that’s blocking wealth.’

Nonetheless, Helen adds, there are baby steps everyone – regardless of income – can take to work towards an abundance mindset.

‘Simply trying to unlearn the limiting beliefs that have been conditioned into you can make a difference,’ she says.

How to achieve an abundance mindset

1. Notice your limiting beliefs around money and try to unlearn them

Write down all your beliefs around money. You might not realise but many of them will be negative.

Think about each belief – is it really your own or is it what someone else told you?

Chances are it came from conditioning.

So catch yourself when you start thinking or saying one of these beliefs, and change your thoughts to something completely different.

2. Imagine that you had the money you wanted right now

Take a few minutes to think about it.

How would having that money make you feel?

Tap into that feeling and recreate it throughout your day.

The more your mind gets used to that feeling, the more it will start opening up to ideas that will get you more money.

3. Get rid of stuck energy

Getting rid of stuck energy is a great way to open you up to more money too.

Go through your home and look for everything you don’t need or want, then sell it.

You will instantly feel better and have more money in the bank at the same time!

4. Start introducing some abundant actions slowly into your life

Go to a more expensive cafe you like the look of, test drive a car that you love, or do something that stretches your money mindset.

Remember to be present and feel the joy of those moments, get rid of any thoughts that say ‘I’ll never be able to do or have this’ – because that’s all they are, just thoughts.

5. Remember that money and abundance are your birthright

You don’t have to prove anything to anyone.

Just spend as much time as possible focusing on the life you want, and getting those powerful feelings behind it.

Your outer reality comes from your inner thoughts, not the other way round!

If you want more tips and tricks on saving money, as well as chat about cash and alerts on deals and discounts, join our Facebook Group, Money Pot.


MORE : James Argent ‘manifested’ his 11-stone weight loss as he reflects on how far he has come in health journey


MORE : How to beat money blues this January


MORE : Follow this month-by-month money calendar to sort out your finances in 2022