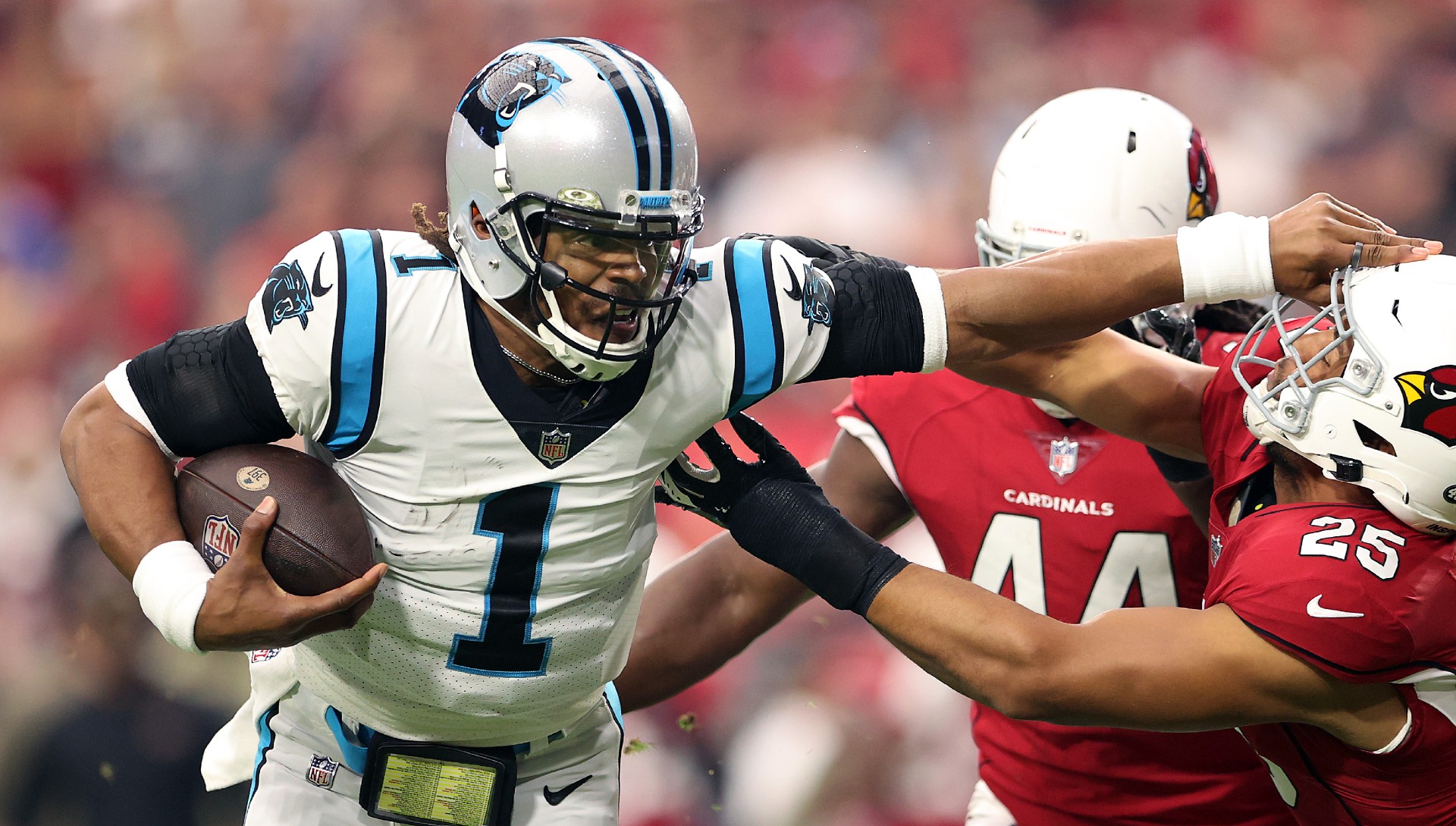 Cam Newton will be playing football in Bank of America Stadium in Charlotte for the first time since Sept. 12, 2019, and fans are clearly revved up to see him return.

According to a report from WBTV, ticket prices for Newton’s first home game back in Carolina have sky-rocketed for Sunday’s matchup against Washington. Adding to the excitement will be that former Panthers coach Ron Rivera will also be returning, as he is now the head coach in Washington.

MORE: Cam Newton on how well he knew Panthers’ playbook — ‘two touchdowns worth’

The report found that the cheapest tickets found earlier in the season for the game was $25, but now the cheapest they can find is $113. It also found that lower-level seats typically go from around $200 or $300, and now are selling for between $500 and $1,000.

Newton saw limited action against the Cardinals on Sunday, but it was enough to fuel the excitement among Carolina fans. He was used in red-zone packages and finished the game having completed 3-of-4 passes for eight yards with a touchdown, as well as three rushes for 14 yards and another score.

The Panthers beat the Cardinals 34-10.

Newton would have perhaps the strongest case for the most impactful player in Panthers’ history. They have reached the Super Bowl only twice, first in 2003, and again in 2015 behind Newton.

Since he was drafted first overall in 2011, Newton helped carry the Panthers to new heights. He became the first Panther to be named NFL MVP for his standout 2015 campaign, during which he led the team to a 15-1 record behind 3,837 passing yards, 35 passing touchdowns and only 10 interceptions. He also rushed for 636 rushing yards on 132 carries, with 10 going for scores.

Here’s where he ranks in franchise history among a few key stats.

Newton might not be the game-changing quarterback fans are hoping for, but for those looking forward to a more exciting quarterback, Newton feels like he’s more than capable of delivering.