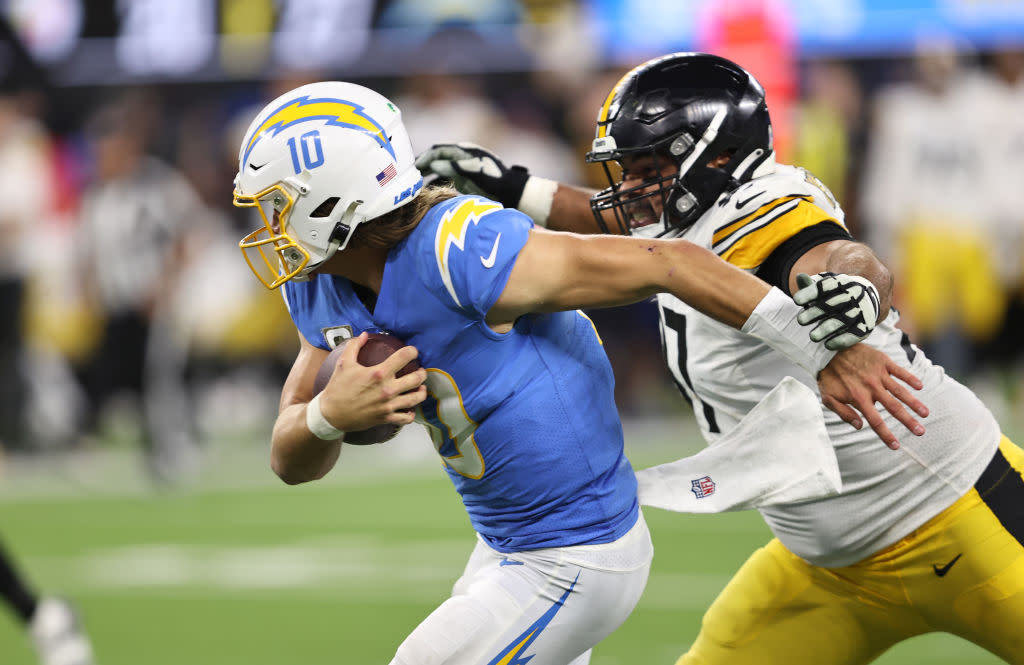 Steelers defensive tackle Cam Heyward drew a 15-yard penalty after he appeared to punch Chargers quarterback Justin Herbert in the gut after a tackle on Sunday Night Football. But Herbert didn’t take it personally.

Asked after the game if he thought Heyward made a dirty hit, Herbert said no, and then complimented Heyward on his style of play.

“He’s a tough player. Football is an emotional game. Whatever happened, happened in the game. We’ll shake hands and say, ‘Good game,’ after the game,” Herbert said.

It was a very good game, and a very emotional game, that the Chargers won 41-37. Herbert played very well, and he also answered the post-game question well, understanding that there’s no sense in complaining about Heyward after beating him.