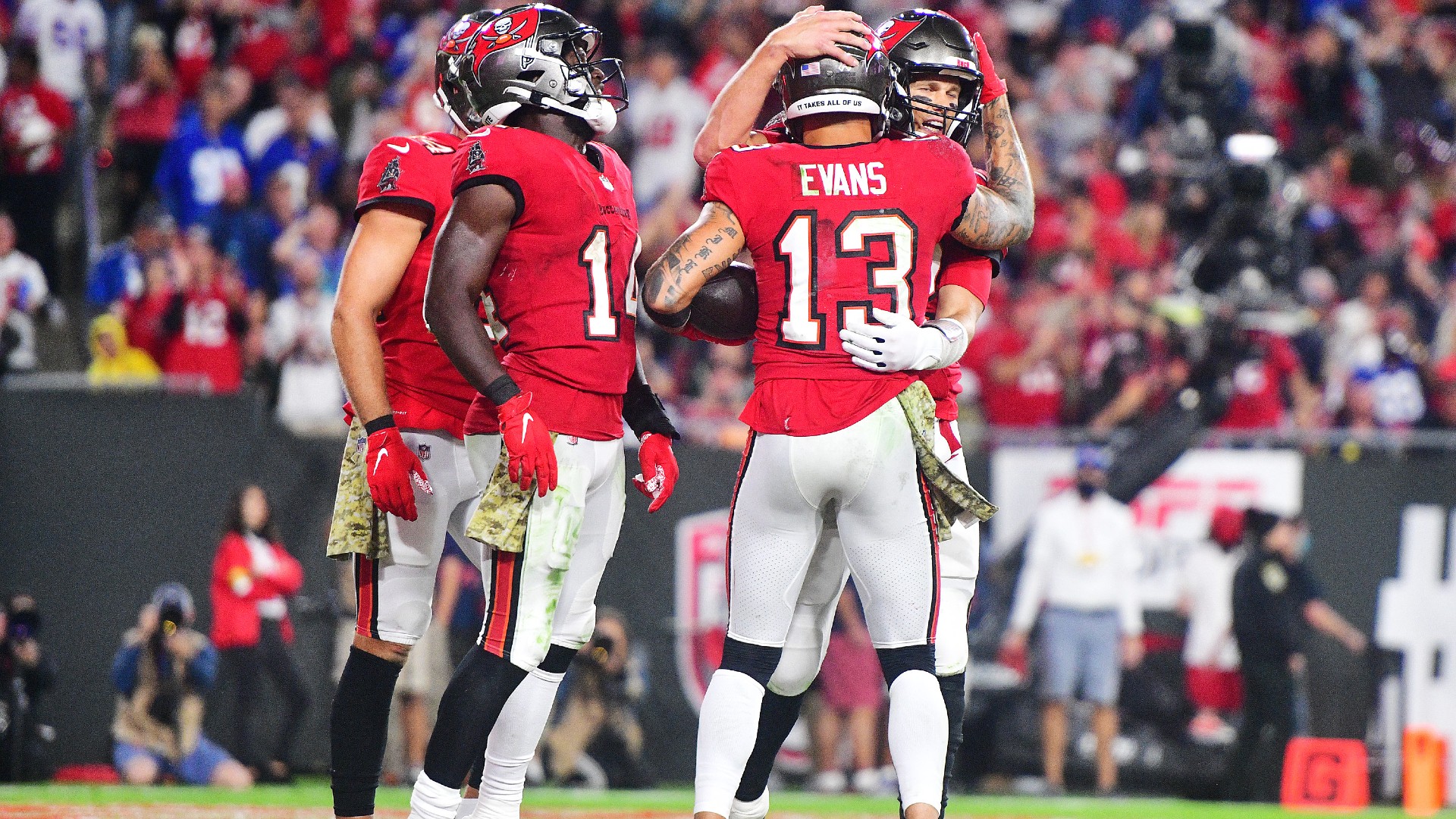 Mike Evans didn’t give this touchdown away.

On “Monday Night Football,” Evans caught the 72nd touchdown pass of his career, moving him past fullback Mike Alstott for the most total touchdowns in Buccaneers history. The pass was caught with 7:31 left in the third quarter to make it a 24-10 lead against the Giants.

And though Evans appeared to consider pitching the ball up into the stands of Raymond James Stadium, he kept his milestone touchdown as he turned to head off the field.

“I’m very proud of that accomplishment. Hopefully, I can extend it really far,” Evans said. “A-Train was an unbelievable player. Just happy to be in the same sentence as him, let alone breaking his record, so it’s a blessing.”

This is the second milestone touchdown caught by Evans this season, but the first that he didn’t give away to a fan. Earlier in the season, he caught Brady’s 600th touchdown pass and sent it into the stands. The team had to go back and offer the fan a game ball and promise a signed jersey in order to recover the milestone football.

WEEK 12 PICKS: Straight up | Against the spread

Alstott has controlled the record for a long time, first setting it back on Nov. 26, 2001, when he rushed for a touchdown against the Rams for his 47th total touchdown. He added 24 more touchdowns from that point, finishing his career with 58 rushing touchdowns and 13 receiving scores.

Since Evans broke into the league in 2014, he’s been a touchdown machine. His 71 touchdowns are more than any player in the NFL since his debut, with Antonio Brown the closest to him at 68.

Of course, most of those seasons had been spent with the team overall playing relatively poorly. The Bucs finished outside of last place in the NFC South just twice before the 2020 season and were 34-62 before the arrival of Tom Brady in Tampa Bay.

Since Brady arrived, the Buccaneers have gone a combined 18-8 during the regular season with a Super Bowl title.

“It’s so much different,” Evans said. “I was just talking to Breshad Perriman, who was here in 2019, and he hasn’t witnessed a home game like this before. Sold out almost every game, looks like a real NFL team. It feels so great to be a part of this team, and it just feels good to be back in the win column as well.”