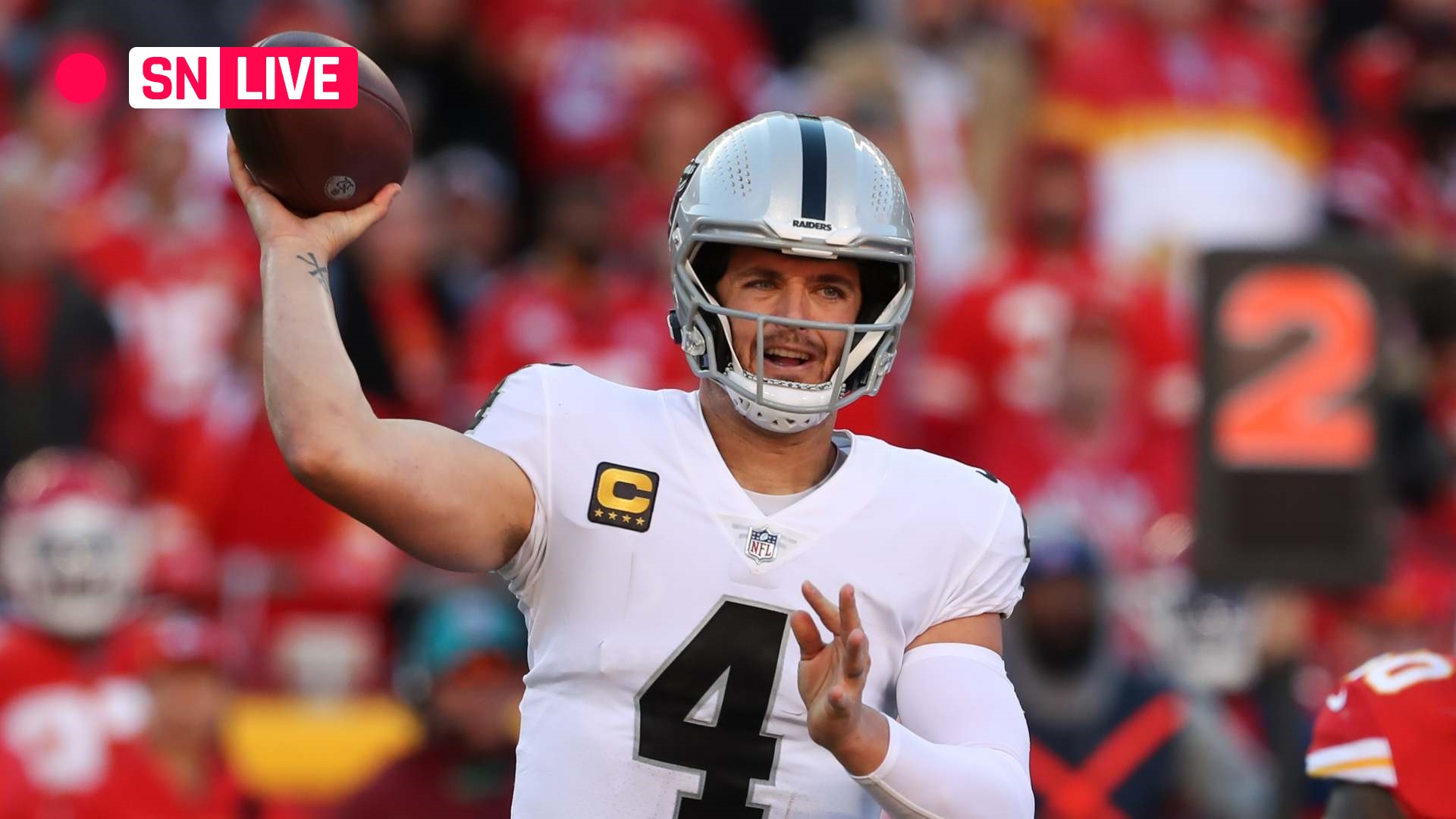 While battling a COVID-19 outbreak that benched several starters, the Browns will host the Raiders for a rescheduled matchup on Monday night.

Although the matchup was initially scheduled as the league’s first Saturday game of the season, the NFL announced Friday that it was one of several matchups that were postponed over the weekend. The Browns (7-6) will host the battle against the Raiders (6-7) as they fight to stay in the AFC playoff race.

The Browns are planning on starting quarterback Nick Mullens after both Baker Mayfield and Case Keenum landed on the COVID-19 list this week. The outbreak in Cleveland also put tight end Austin Hooper and wide receiver Jarvis Landry on the list, and they’re not expected to be active for the Monday night matchup, either.

The Browns will also be without head coach Kevin Stefanski.

MORE: Why Baker Mayfield isn’t starting vs. Raiders despite ‘no symptoms’ of COVID-19

Meanwhile, Las Vegas will look to earn a win on the road that will snap the team’s two-game losing streak. Despite recording one win in the last six matchups, the Raiders still have a chance to make the playoffs. Derek Carr and connected with wide receiver Hunter Renfrow for 117 yards with a touchdown during the 48-9 loss to the Chiefs, and the duo is expected to light up the Raiders’ offense.

Despite the COVID-19 outbreak in Cleveland, the Browns are still a 2.5-point favorite at home, according to Fanduel.

Sporting News is tracking live scoring updates and highlights from Browns vs. Raiders on Monday night. Follow for complete results from the NFL Week 15 game.

6:05 p.m.: FIELD GOAL RAIDERS. Carlson makes a 24-yard attempt and helps extend Las Vegas’ lead. Raiders lead 10-0 with less than a minute remaining in the half.

5:56 p.m.: Barber rushes to the Cleveland 14 for 8 yards, and then Carr completes to Edwards at the Browns 6 on the following play.

5:50 p.m.: Mullens completes to Johnson for 4 yards and falls short at the 16. Browns punt and Renfrow muffs the return but recovers the ball at the Las Vegas 39.

5:46 p.m.: Togiai and J. Johnson sack Carr at the 36 for no loss. Carr throws an incomplete pass on third down and the Raiders punt again. Cleveland will take over at their own 8.

5:39 p.m.: Mullens fires a short pass to Johnson on third down, but he falls short of the marker. Browns punt and give the Raiders possession at their own 14.

5:36 p.m.: Carr throws another incomplete pass on third down and forces the Raiders to punt. Peoples-Jones returns for 20 yards and gives Cleveland a first down at their own 34.

5:34 p.m.: Carr completes to Edwards, who loses control of the ball and fumbles. Renfrow recovers at the 50 for Las Vegas.

5:30 p.m.: Carr fires a deep pass intended for Jones, and a defensive pass interference penalty gives Las Vegas a first down at the Browns’ 45.

5:24 p.m.: Mullens completes to Njoku for 6 yards, then finds Chubb for 2 yards. After throwing an incomplete pass on third down, the Browns are forced to punt.

5:18 p.m.: TOUCHDOWN RAIDERS. Carr finds Edwards in the end zone for 5 yards and Las Vegas takes the first lead of the night. After Carlson makes the extra point, Raiders lead 7-0 with 3:41 remaining in the first quarter.

5:15 p.m.: Carr throws a short pass to Jacobs, who rushes for 17 yards and is pushed out of bounds at the 15. Carr completes to Barber on the following play for 12 yards .

5:06 p.m.: Abram tackles Chubb for a loss of 5 yards, then Johnson gets tackled for a loss of 2 yards on third down. Cleveland is forced to punt on their opening drive, and Renfrow returns 29 yards to the Raiders 42.

5:00 p.m.: Browns win the coin toss and elect to receive on the kickoff.

Browns vs. Raiders will kick off at 5 p.m. ET on Monday FirstEnergy Stadium in Cleveland, Ohio.

What channel is Browns vs. Raiders on today?

Browns vs. Raiders was postponed to Monday due to the COVID-19 spike around the NFL. The matchup will still air on the NFL Network. Joe Davis and Kurt Warner will call the matchup from the booth, along with Melissa Stark and Steve Wyche on the sidelines.

You can find the Browns’ home broadcast on SiriusXM channel 225, while the Raiders’ away broadcast airs on channel 226.

In Canada, viewers can watch Browns vs. Raiders on DAZN, which includes every NFL game.