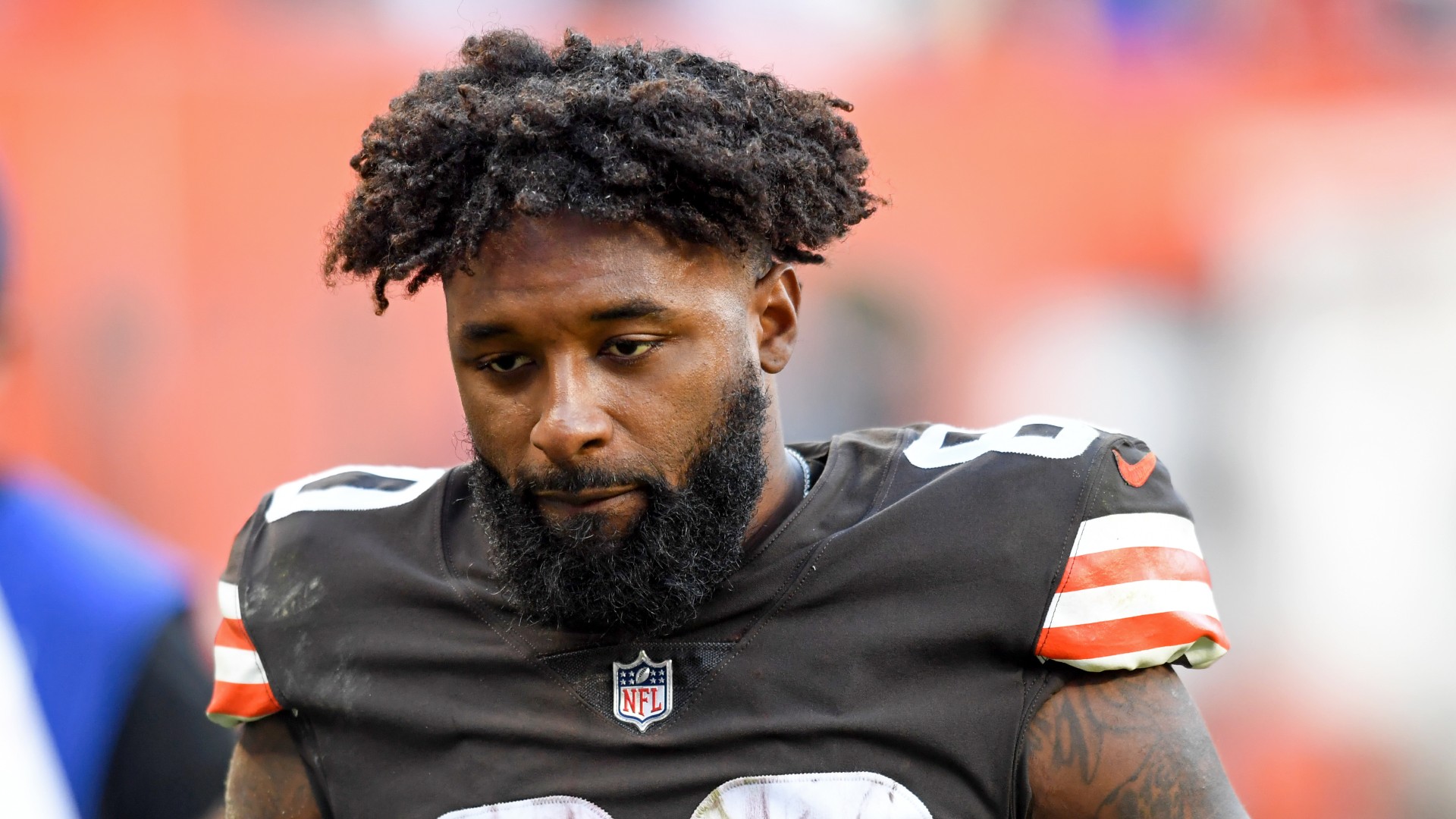 Just a week after the Browns waived wide receiver Odell Beckham Jr., Jarvis Landry has offered a small window into the struggles on the offensive side of the ball, specifically with his touches.

“I haven’t been getting the ball so much either,” Landry said. “But at the end of the day, I’ve been able to do with the opportunities I’m given.”

Landry also said that he’s “battling some things,” presumably the knee injury that has hampered him this season.

While some critical fans will point to Landry’s comments as another “selfish” wide receiver complaining about getting the ball, consider some numbers.

Landry has been targeted 34 times through six games played this season (5.6 targets per game), missing some time with that knee injury. But, to his point, he’s simply not getting the ball: That is by far the lowest per-game rate during his Browns tenure:

The Browns, who utilize a run-heavy offensive attack under head coach Kevin Stefanski (took over in 2020), have gotten minimal production out of wide receivers this season. His nearly two targets-per-game drop between 2019 and 2020 tell you as much.

Landry currently has 219 yards on 23 catches, while the team’s leading wide receiver, Donovan Peoples-Jones, has 330 yards through the air. Tight end David Njoku leads the Browns in receiving yards with 352.

Quarterback Baker Mayfield has received the brunt of the criticism for the lack of passing production in 2021. Mayfield, who has seemingly regressed in Year 4, has been playing with a total torn labrum in his left shoulder and exited last weekend’s game vs. the Patriots with a knee contusion.

Mayfield’s overall production has dipped since his rookie season, with the passer throwing 221 yards per game, the lowest mark of his career.