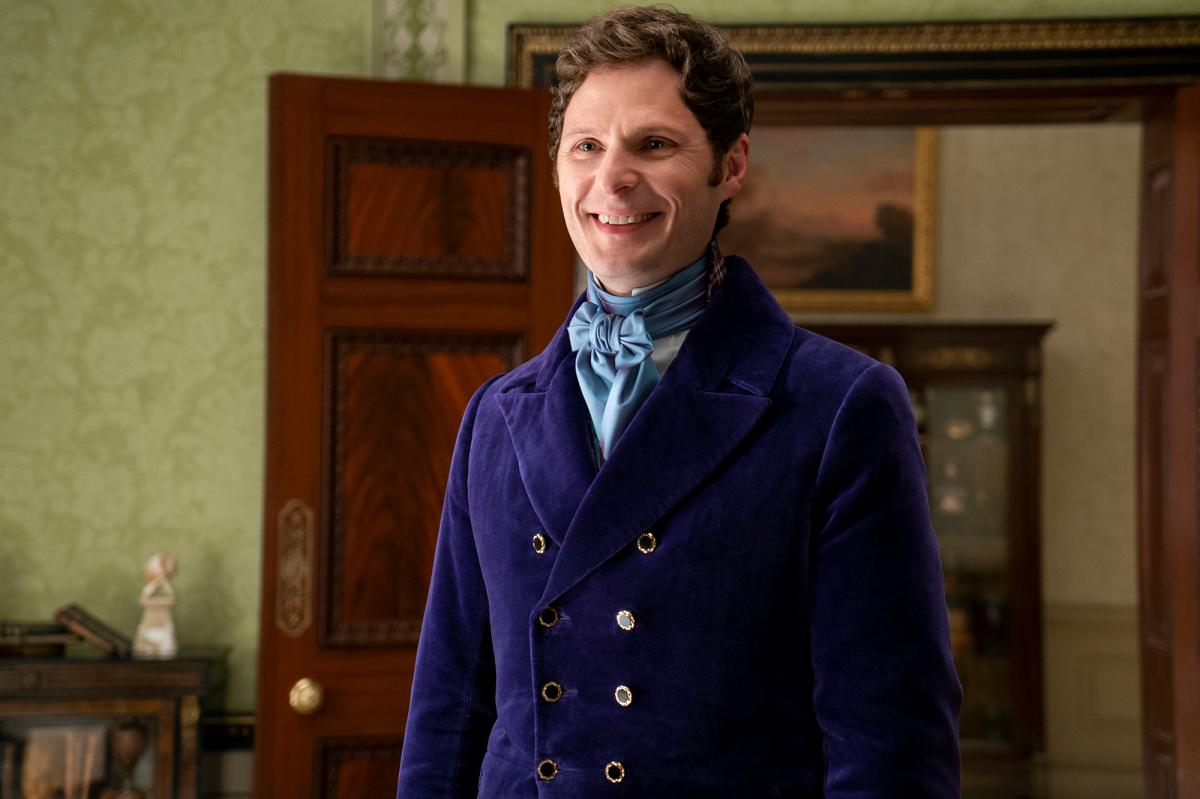 Rupert Young was “disappointed” and likewise “relieved” he didn’t should strip down for his position as the brand new, villainous Lord Featherington on “Bridgerton.”

“I was very happy,” he tells Page Six of not having any shirtless scenes within the notoriously steamy Victorian sequence. “I was slightly disappointed and also hugely relieved.”

However, he jokes his family and friends have been most likely extra relived than he was to not should see him shirtless.

In reality, Young had the other drawback of not sufficient clothes on the sequence, admitting that there have been nearly too many buttons concerned in his interval costumes.

“There were certain times of the day that it was quite frustrating,” he says. “You can’t just quickly run out [for a bathroom break], it’s a big operation. I know it was easier for men but it was still very tricky.”

But, “The costumes are so phenomenal, you know, we look so great in them and they’re so beautifully made that you couldn’t really complain.”

New to the sequence in Season 2 on Netflix, Young’s character takes over as the pinnacle of the Featherington family and, at first, seems to be a great man, earlier than revealing himself as a rip-off artist.

“He keeps you on your toes,” the actor, 43, explains. “That’s why it was great for me getting the scripts. I discovered that as the season went on as well. So I always knew that there was going to be a little twinkly dark side.”