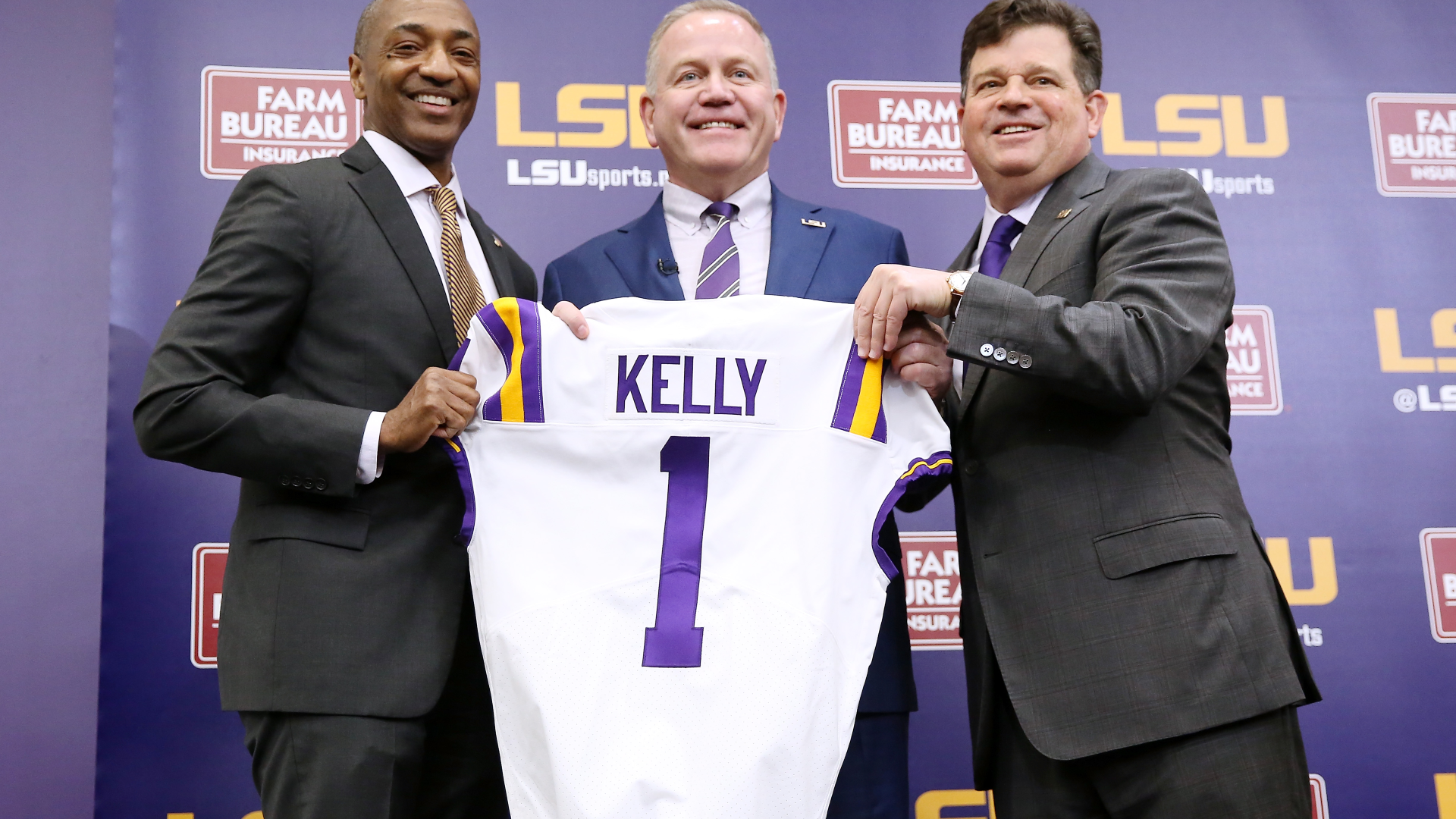 Brian Kelly is wasting no time trying to ingratiate himself to his new fan base in Baton Rouge. Emphasis on trying.

Kelly, the winningest coach in Notre Dame history, left South Bend for LSU earlier this week in a move that sent shockwaves throughout college football. He comes in a winner, but also an outsider. He’s originally from Everett, Mass., outside Boston.

Kelly’s predecessor, Ed Orgeron, is about as quintessentially Louisiana as there is, both in voice and demeanor, as he hails from the heart of Cajun country. So to appear more at home at LSU, Kelly took it upon himself to attempt a Southern accent — or what he thinks a Southern accent sounds like — while addressing the crowd at a Tigers basketball game Wednesday

MORE: Who is Marcus Freeman? Meet the heir apparent at Notre Dame

Twitter immediately caught wind of Kelly’s newfound drawl and quickly took him to task for it.

This isn’t the first time Kelly has made headlines for the all wrong the reasons for something he has said.

BENDER: Why Marcus Freeman is the right choice to lead Notre Dame

Earlier this year, he tried to pay homage to the late John McKay and make a joke about “execution” on national TV, only to have it fall incredibly flat. Kelly has drawn criticism for his comments and lack of accountability in the 2010 death of Notre Dame student videographer Declan Sullivan.

Winning games may alleviate any mockery that’s thrown Kelly’s way in the upcoming weeks and months. At an annual salary of $9.5 million over the next 10 years, fans and boosters are hoping the wins come quickly.