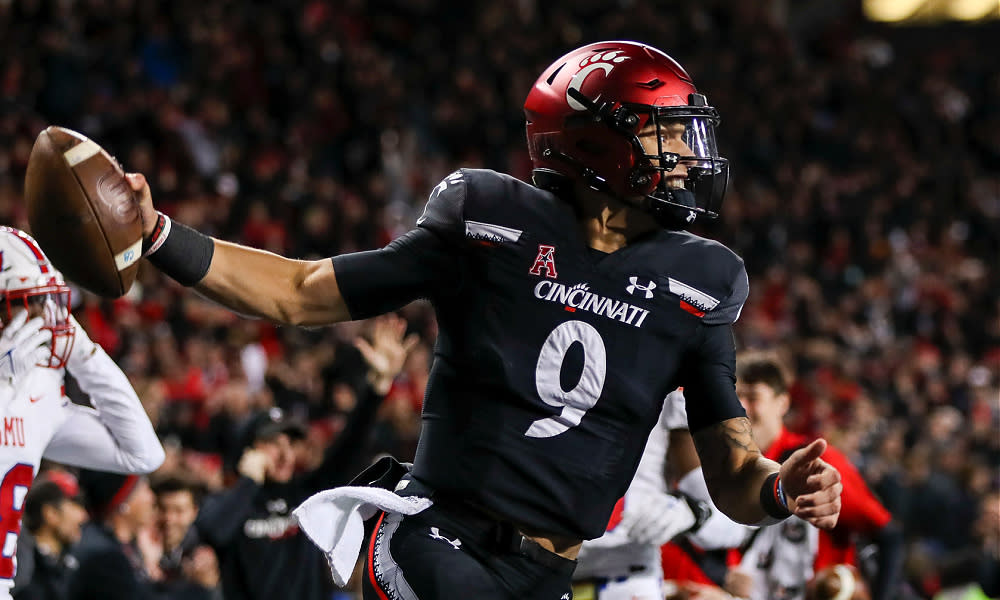 As we said last week, this goes off of the Academic Progress Rate, and the latest edition came out last year. So with that in mind – everyone thinks the 2020 list is the right on – here are the potential teams that could be bowl eligible based on their APR if they finish 5-7. In order, it goes …

– All Power Five conferences get a team into either the New Year’s Six or the College Football Playoff. The ACC, Big Ten, Big 12, Pac-12, SEC all get a top team into one of the big games, and the top-ranked Group of Five champion is in, too.

The winner of the ACC Championship will be here – don’t be shocked it we’re getting Clemson vs Notre Dame. The Irish could be here no matter what, but the best guess will be that the Atlanta bowl will get the highest-ranked SEC team possible. Besides, Matt Corral vs Kenny Pickett – it would be the most fun bowl o the season.

The Irish will be really, really close to getting into the College Football Playoff, but will come up just short. Again, they could be in the Peach, but the idea of Michigan State vs Notre Dame would be cool. This only happens if the Spartans beat Penn State.

There are several ways Michigan doesn’t go to the Rose Bowl – most involve the Big Ten West winning the Big Ten championship – but as long as the date with Ohio State isn’t a total wipeout, Jim Harbaugh should be in Pasadena.

Nah, a two-loss Alabama isn’t getting in … maybe. It’s almost certainly here with a loss to Georgia in the SEC Championship. Baylor is the more interesting case.

A Big 12 team has to be here. The call is that Oklahoma State beats Oklahoma this weekend, Baylor takes care of Texas Tech, and it’s Cowboys – Bears for the Big 12 title. The committee will still rank Baylor over OU for the head-to-head win.

No reason to change the call now.

The only thing now that can screw this up for the Big Ten would be the West champ taking the conference title. Assume the Michigan-Ohio State winner gets by – most likely – Wisconsin.

Oklahoma State is the more interesting call. It’s a belief that this amazing defense is for real.

Don’t get caught up on whatever the latest rankings are. A 12-1 Big 12 Champion will not only get in – most likely – but it would probably get the 3 seed with Cincinnati being 4 thanks to its awful schedule. This goes for a 12-1 Oklahoma if it wins twice, by the way.