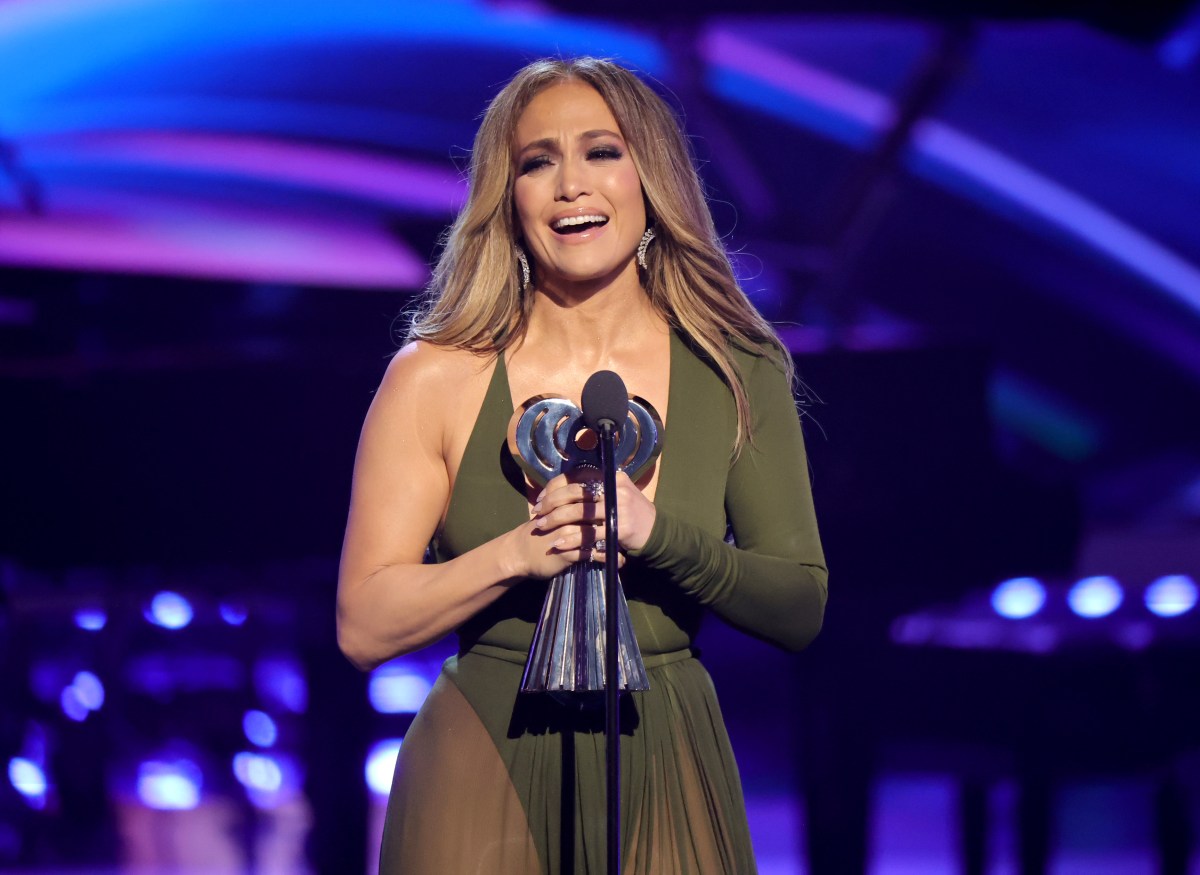 The actor, 49, was spotted in the audience at the iHeartRadio Music Awards at the Shrine Auditorium in Los Angeles, cheering on girlfriend Jennifer Lopez as she accepted the prestigious Icon Award.

“I appreciate this so much, so very, very much. I wish I could tell you that awards were the most important to me, but that’s not true,” Lopez, 52, said on stage as she accepted her award from host LL Cool J.

“And don’t think that I don’t appreciate the shiny, sparkly things, because I do! I cannot lie, everybody knows that I do. But this isn’t why I do this. It’s not what matters the most to me. I really do it for you guys.”

Lopez added that because of all of her supportive fans, she gets to wake up every day doing what she loves “most in life.”

“That is the most wonderful blessing. That’s a gift that you give me and I just want to say thank you for that,” she gushed. “You guys are the ones who give me the opportunity every day to live a life I couldn’t even imagine would come true when I was a little girl growing up in the Bronx.”

She continued, “You did that for me! You made that dream come true, and I’m shaking! I will always be grateful to each and every one of you for that. And I will never forget it, and I will never, ever take it for granted.”

The “Let’s Get Loud” singer concluded her speech by thanking every person who has ever “believed in” her over the years.

“Thank you for teaching me who I really am. Icon. I can overcome negativity, and so can you, every single moment,” she said. “And let me tell you something else… I’m just getting started.”

Lopez and Affleck, who were previously engaged, rekindled their romance in April 2021 following the singer’s split from Alex Rodriguez.

“I don’t think anybody was more surprised than us,” the “Marry Me” star recently said on “The Ellen DeGeneres Show,” adding, “You never could imagine that something like that could happen. It’s a beautiful thing.”