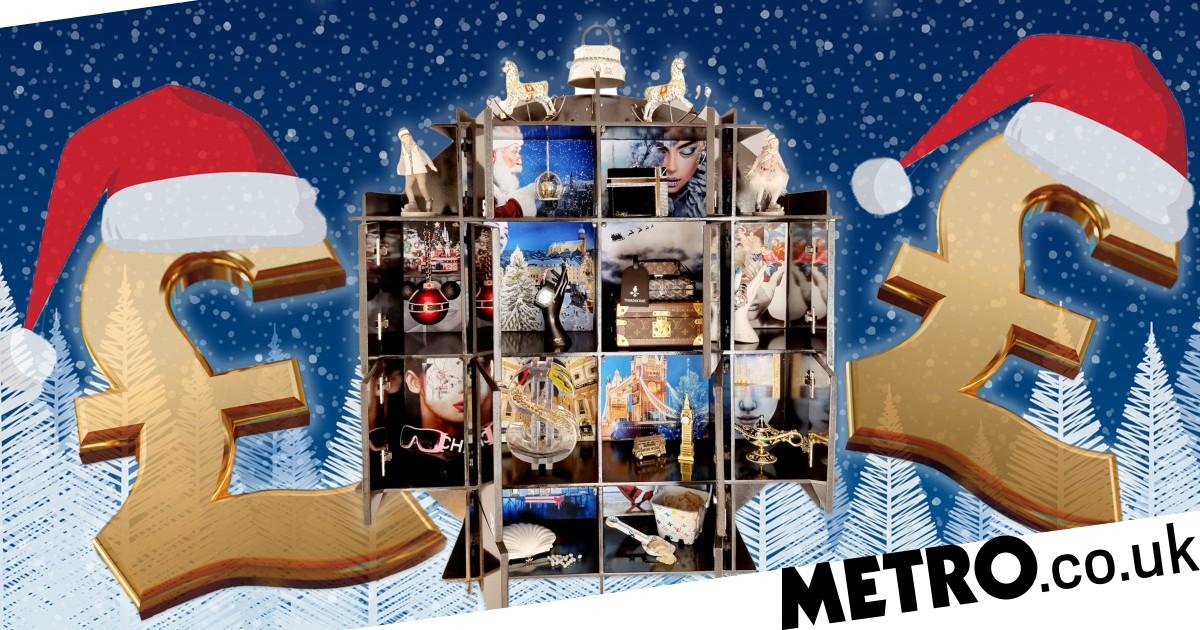 What’s the most you’d ever spend on an advent calendar? Think you’d ever get close to $10million?

Debbie Wingham, a self-confessed ‘Queen of Christmas’ has created what may well be the world’s most expensive advent calendar, valued at a staggering $10,368,423 [£7.8 million].

She was commissioned to create it by a Swiss client who was searching for the ultimate Christmas gift for his family.

The concept of the calendar merges individual gifts with the family’s travel plans for the upcoming year.

‘My client told me “we have a country to visit each month for a whole year and I need a way to represent these countries in a ‘keep them guessing’ kind of way,”’ Debbie said.

She hand-painted visual representations of the destinations the family will visit – including Paris, Dubai, New York and Disneyland – behind the doors.

Each gift in its window corresponds with the destination painted behind it. For example, a Disney ornament adorned with white diamonds and an ultra-rare red diamond has been placed in the window for the family’s Disneyland trip.

‘The idea came to me all at once,’ said Debbie, who is British but now lives in Marbella, Spain. ‘I needed to create an advent calendar, replicating the 12 days of Christmas, corresponding to the exciting travel schedule of my client.

‘When I conceptualised the calendar idea, I spoke to my client who told me he loved the concept and I realised it was a marriage made in heaven when he listed some of the Christmas gifts he was planning to give his wife and kids on top of the vacations, most of which had similarities to the countries they were set to visit.

‘For example, a Ferrari 488 Pista he bought for his wife would sit very nicely in the Milan window of the advent calendar, referencing Italian sports car.’

The calendar shelves are made from reclaimed ebony and lacquered in black diamond paint to give it a reflective finish, and without any of the items inside it weighs an impressive 108 lbs (49kg).


MORE : The best advent calendars for dogs to treat your pup for Christmas 2021


MORE : Why do we have advent calendars?