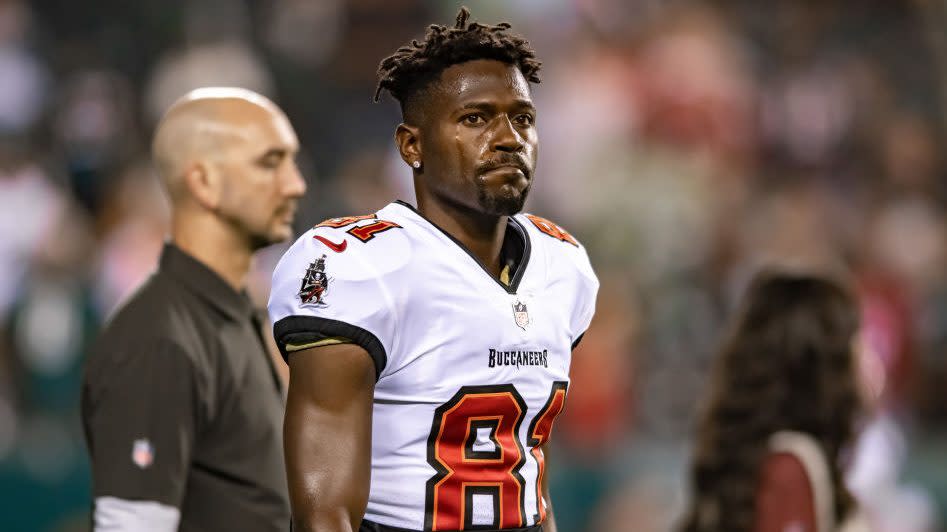 The Buccaneers will be without receiver Antonio Brown for at least another week.

Head coach Bruce Arians told reporters at his Friday news conference that Brown is the only player Tampa Bay has ruled out for Sunday’s matchup against Indianapolis.

Brown hasn’t played since Week 6, when he had six catches for 93 yards with a touchdown in the 28-22 victory. He has 29 receptions for 418 yards with four TDs this season.

Arians also noted that guard Ali Marpet will be a game-time decision for Sunday and that receiver Scotty Miller has a chance to play on Sunday. Miller was activated off injured reserve to the active roster earlier this week. He’s been out since playing against the Rams in Week Three with a toe injury.

Receiver Mike Evans (back) and linebacker Devin White (quad) have a chance to play, but their game statuses will be released with Tampa Bay’s injury report later on Friday. Evans was back at practice Friday after sitting out Wednesday and Thursday.