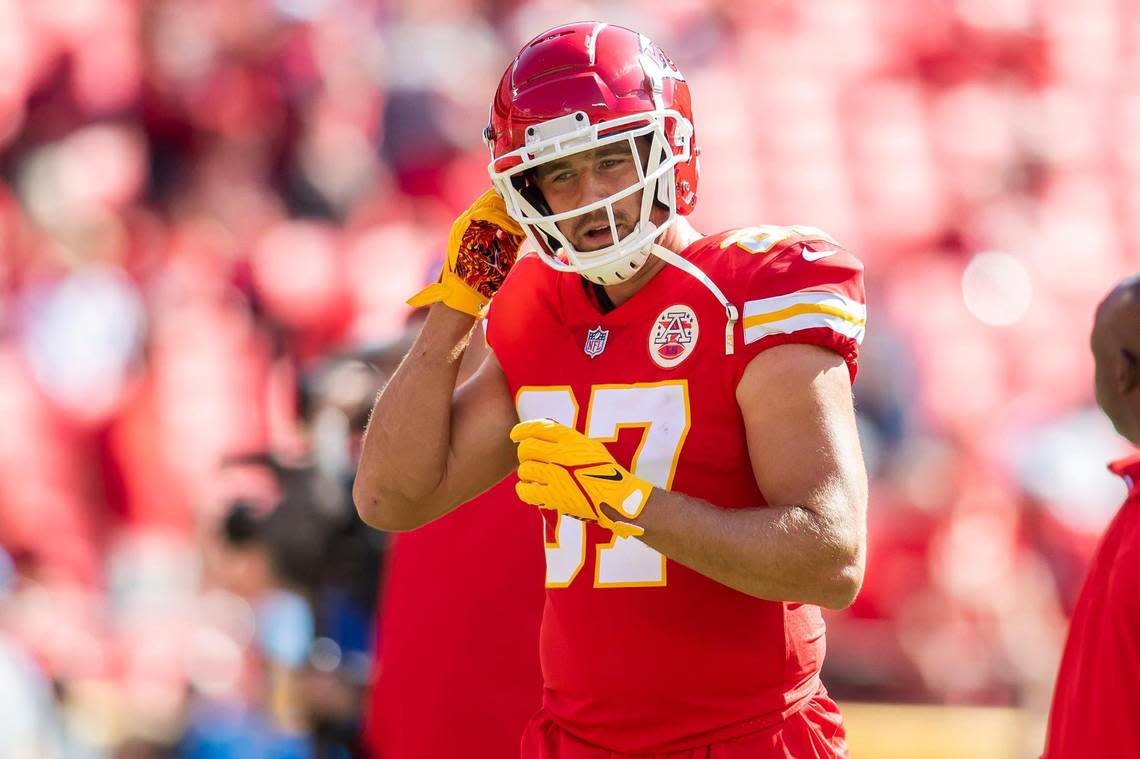 Nine days after landing on the NFL’s reserve/COVID-19 list, Chiefs defensive tackle Chris Jones returned to practice and felt a bit off. His coaches noticed it too, evident by some deep breaths between plays.

The stamina he built over the season’s initial four months had reset. Even three days later, as he played 35 snaps in a win against the Steelers, he felt unlike himself. It marked his first game in two months without hitting the quarterback.

The Chiefs are in a considerably better spot than they were at this time last week — when they were left to gamble with their roster as they took educated guesses at which players might be available and which might remain on the COVID-19 list.

They have the full allotment of their active roster back — they know that much — after all cleared the newly-implemented protocols that allow for quicker returns.

The Chiefs are full-go in that sense.

Not in another sense, though.

Some players have received reminders that the effects of the virus can linger, even after its risk of contagious has been minimized. The clearing of the league’s protocols, in other words, does not equate to a clean bill of health.

When he spoke to the media Wednesday, two weeks after he felt symptoms from the virus that included body aches and congestion, Jones said he was still working through the aftermath.

“This COVID thing, it’s a challenging situation,” Jones said. “You’re forced to miss so many days. You come back and you try to be in a rhythm. It kind of takes you out of your rhythm, so you have to find that balance right there. And you also have to stay in tune with the game and what’s going on — watching film, staying in tune with the new calls that are being presented week in and week out and try to be relevant while you’re quarantining. It was a challenge.”

So he’s back does not mean he’s all the way back.

It’s not just Jones. Track back to the season opener, when Chiefs safety Tyrann Mathieu had cleared the COVID protocols but still sat out, citing conditioning. And just last week, the Chiefs learned a day before facing the Steelers that wide receiver Tyreek Hill had cleared the COVID-19 protocols and he’d be available.

Hill was limited to a season-low 29 snaps, and he and coach Andy Reid had ongoing conversations about his availability during the game.

“He was just off the COVID list, so he was exhausted out there trying to do what he could do to contribute,” Chiefs quarterback Patrick Mahomes said.

And so the Chiefs might have a blank COVID-19 list — at least as of this writing — but those conversations with certain players will continue Sunday in Cincinnati, some of them during the game. Tight end Travis Kelce, linebacker Nick Bolton, cornerback Rashad Fenton, offensive tackle Lucas Niang, punter Tommy Townsend and kicker Harrison Butker were among those activated this week.

To what degree? To be determined.

That’s part of an equation now that’s hovering over every team in the league — with the postseason just two weeks away.

“That’s a really good point and something we’ve got to be concerned about,” defensive coordinator Steve Spagnuolo acknowledged. “To be honest with you, I really trust the guys. All we ask them is don’t go out there and keep yourself on the field to play when you don’t think you can do it 100 percent. Let’s get somebody else in there. Other than that, we roll a lot of guys through. I’m hoping the fact that we have a lot of people out on the field, it helps guys that are in that situation right now.”