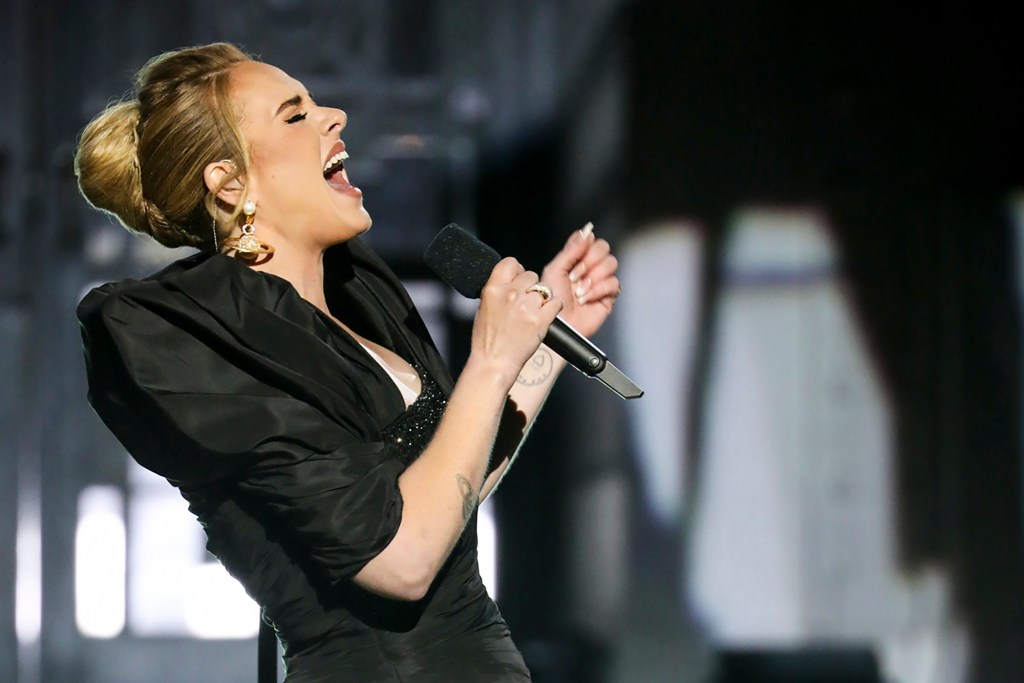 There are some singers who make you feel music in a way you didn’t realize you’d been missing — until you hear them again.

Someone like Barbra Streisand, someone like Whitney Houston, and now, someone like Adele. So, to hear the 15-time Grammy winner in “Adele One Night Only” — a CBS concert special pre-taped at LA’s Griffith Observatory with the Hollywood sign in the backdrop — was a revelation all over again Sunday, six years after she released “25” and five days before she releases its much-anticipated follow-up, “30,” on Friday.

With a who’s who’s in the audience — from Leonardo DiCaprio and Lizzo to Drake, James Corden and Melissa McCarthy — Adele, now 33, received standing ovation after standing ovation as she reminded everyone about that voice and her unique ability for rolling in the emotional deep. Even if, as she admitted to Oprah Winfrey, 67, in an interview that was interspersed throughout the concert, she’s not as “deep” as her songs might make you think. It was precisely the kind of self-effacing self-realization that makes you connect with Adele despite her seemingly otherworldly gifts.

Looking resplendent in a sparkly, form-fitting black gown that showed off her 100-pound weight loss while still looking classic Adele, the superstar naturally opened the concert with “Hello,” a song she told Winfrey that she’ll probably have to begin every show with for the rest of her life. Here — and on other hits such as “Someone Like You,” “When We Were Young” and her current No. 1 single “Easy on Me” — she sounded even better than you remember her sounding, although, with a taped concert, it’s hard to tell much how tweaking was done in post-production.

But one thing’s for sure: She proved that she hasn’t lost one bit of that vocal power along with those 100 pounds, or “somewhere around there,” as she told Winfrey.

Having the Oprah interview interspersed between numbers, it was hard for the concert to have any real kind of flow, but Adele did offer a peek into “30” by debuting some material from her new album.

One new track, the Elton-esque piano ballad and upcoming single “I Drink Wine,” was performed after Adele discussed her own issues with alcohol driven by her alcoholic father. “It took my dad from me,” she told Winfrey before revealing that, after her split from ex-husband Simon Konecki, 47, she stopped drinking and started working out “to keep me sort of centered.”

But Adele told Winfrey that she still has nothing but love for Konecki, who was also in the audience along with their 9-year-old son Angelo.

“I think Simon probably saved my life, to be honest with you,” she said. “The stability that he and Angelo have given me, no one else would have ever been able to give me. Especially at that time in my life,I was so young, and I think I would have got a bit lost in all of it … I could have easily gone down some dodgy paths.”

After Adele addressed all the attention surrounding her weight loss and how it even disappointed some of her fans — “It’s not my job to validate how people feel about their bodies,” she said — she performed another new song, the stripped-raw “Hold On,” on which she confesses about “struggling to feel at all” during the darkest times of her divorce.

Then Adele discussed her new romance with 39-year-old sports “super” agent Rich Paul — “It’s very smooth,” said the blushing singer — before ending the concert with another new song, “Love Is a Game,” that ends “30.” But, Adele told Winfrey, “I don’t treat it like a game anymore.”