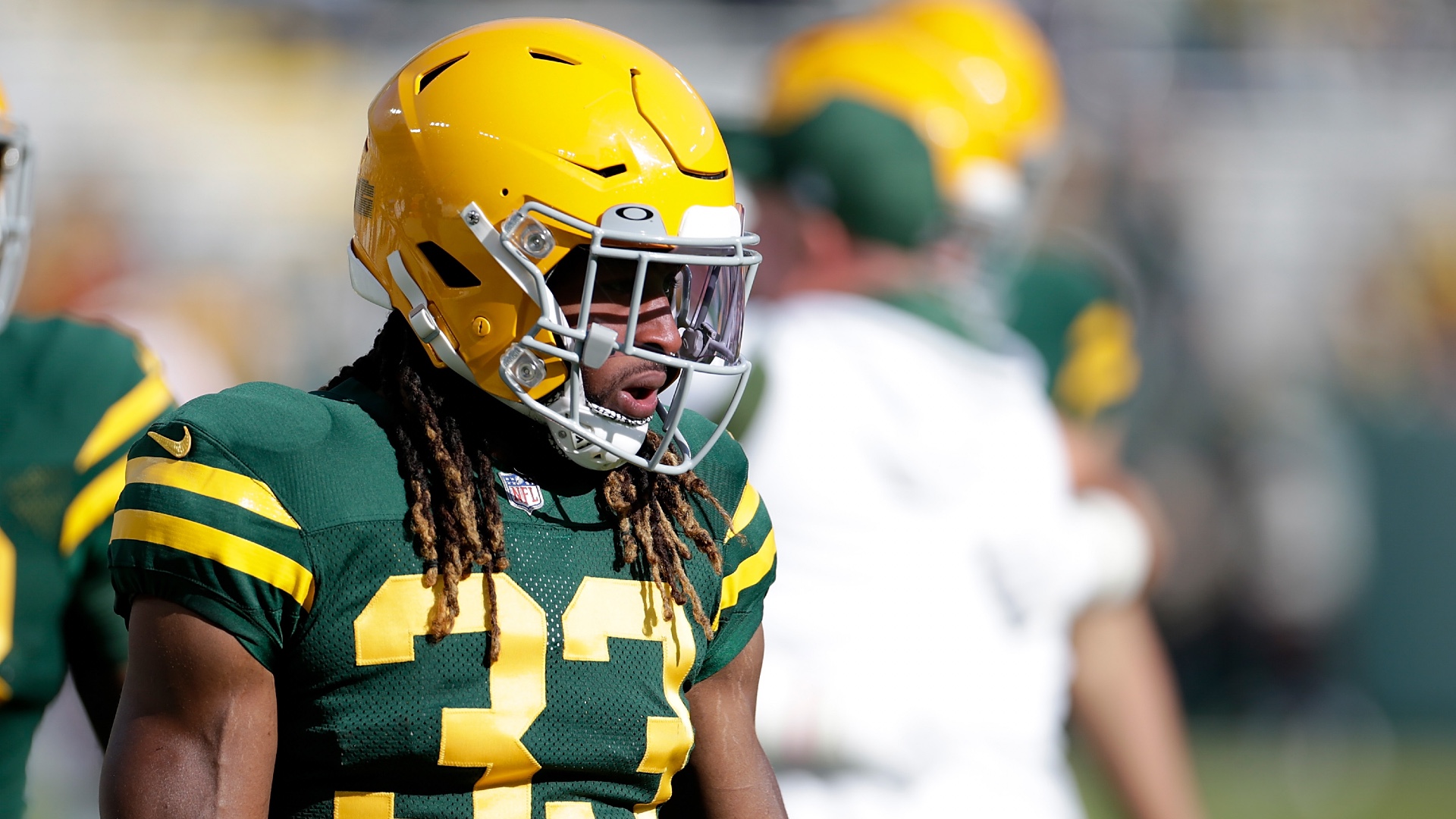 Packers running back Aaron Jones left Sunday’s game vs. the Seahawks in the third quarter with a knee injury and did not return.

Jones was tackled by multiple Seahawks defenders on a 6-yard rush at the end of the third quarter. He stayed on the ground and was seen holding his right knee after the play. He was helped off the field by two medical staffers.

Jones was then taken to the sideline medical tent for an examination. ESPN’s Adam Schefter reported that the Packers believe Jones suffered an MCL sprain. The team has not confirmed the report.

Before the injury, Jones had seven carries for 25 yards and caught four passes for 61 yards.

CBS sideline reporter Tracy Wolfson commented that Jones had tears in his eyes when he walked out of the medical tent and spoke to family members in the stands.

Aaron Jones questionable to return — @tracywolfson notes on @NFLonCBS broadcast Jones walked out of the medical tent “with tears in his eyes” and went over to see some family members in the stands.

The Packers first ruled Jones as questionable to return and then listed him as out for the game:

A.J. Dillon took over for Jones as Green Bay’s lead back. He later rushed for two touchdowns in a 17-0 Green Bay victory,

Jones is expected to undergo further testing this week to determine the severity of the injury and a timeline for his return.