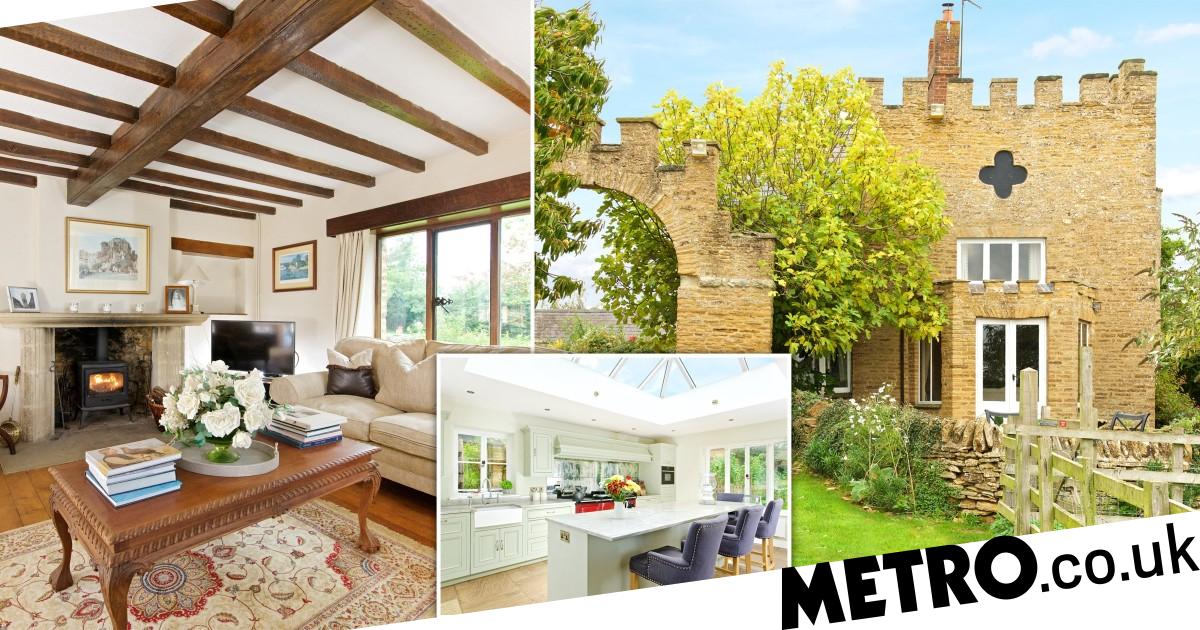 Farmhouse or castle? This property could pass for both.

Having joined the market for offers over £2million, a former farmhouse has captivated buyers (and browsers).

It has a Medieval quality given the Gothic ornamentation and crenellations that were added during its build.

The property, in Pitsford, Northants, was built by William, the second Earl of Stafford and Wentworth.

It was one of six Boughton Follies and built because William wanted to add interest to the view from his own home, Boughton Hall.

Bunker’s Hill House was originally the home farm for the hall and it was named after the Battle of Bunker’s Hill, which was the first major engagement of the American Revolutionary War in 1775.

There’s also over two acres of land, with a garden and an orchard with apple, damson, pear, fig and cherry plum trees.

But that’s not all – the property comes with over 4,400 sq. ft. of outbuildings such as stables, a tack room and feed room, as well as a former threshing barn and a bothy, which provides self-contained one-bedroom accommodation for guests or staff.

You’d never run out of space or places in which to host guests, with the barn an ideal spot to hold a party.

The house is part of a small community of homes in a rural location, surrounded by open countryside with panoramic views over protected conservation land, which means no development can take place.

Anthea Bartram, from Michael Graham, who are selling the property, said: ‘One of the main advantages of this spacious family home is the versatility it offers, with ample space to work from home, run a business and accommodate several generations of a family on the same site.

‘It would especially suit a young family who enjoy all aspects of country living and pursuits. Surrounded by protected countryside it would be ideal for those with horses or other animals.

‘The vendor, who has spent many happy years in the property now feels the time has come to pass it on to the next generation.’


MORE : Inside an abandoned farm house filled with antiques and creepy dolls


MORE : Tiny round house in Cornwall on sale for the first time in 50 years


MORE : What I Rent: Sarah and Paul, £750 a month for a two-bedroom house in Norwich