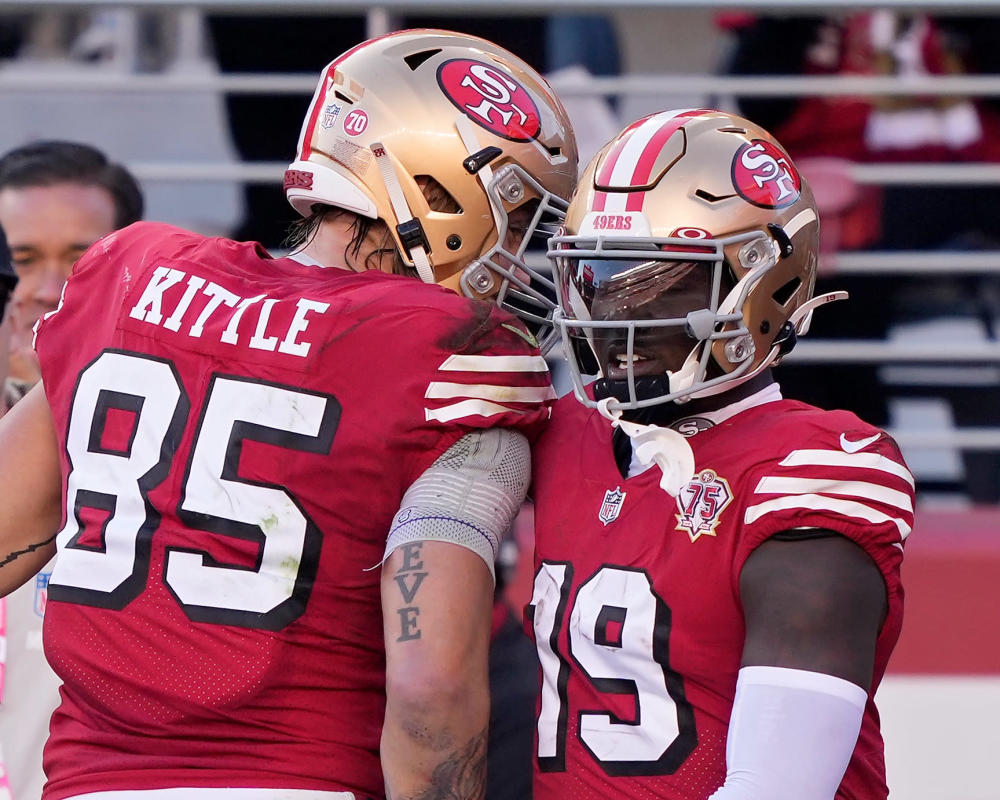 Getting a pass catcher to 1,000 receiving yards hasn’t been easy for the 49ers lately. When Deebo Samuel eclipsed that mark earlier in the season it was only the sixth time since 2010 that San Francisco had a 1,000-yard receiver. Now they’re on the verge of having two in the same year.

Tight end George Kittle missed three games in 2021 because of a calf injury and until Week 13 didn’t look quite like his old self. Going into Week 13 Kittle had 425 yards in eight games. Over his last three games though Kittle has racked up 425 yards on 28 catches, including six catches for 93 yards in the 49ers’ Week 15 win over the Falcons. Now he’s up to 850 receiving yards and within striking distance of 1,000.

Given where the 49ers offense was at the halfway point it’s hard to believe they’re on track to have a pair of 1,000-yard pass catchers, but it’s clear their offense can’t hit its ceiling unless they’re feeding Samuel and Kittle. If they continue putting up strong numbers there’s a path to a deep playoff run to go along with their small slice of 49ers history.

Everything we know from 49ers’ demolition of Falcons